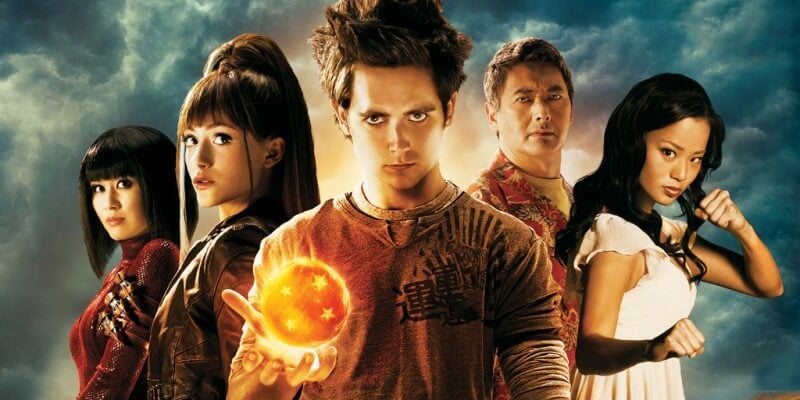 If you want to enrage any Dragon Ball fan, all you need to do is start a conversation about the crap-tastic white-washed American adaptation of the franchise, Dragonball Evolution.

The film has a whopping 14% on Rotten Tomatoes and was panned as one of the worst movies of the year. The acting was terrible, the special effects were nonsense, and the worst part: it was just an insulting adaptation of one of the most beloved franchises on the planet. It deserved better. When Spike from Buffy the Vampire Slayer playing Piccolo is the best part of your film (despite not resembling the character at all), you know you’re dealing with a turd sandwich.

Well, in a fit of good nature, screenwriter Ben Ramsey has publicly apologized for his godawful script in a letter on his website:

I knew that it would eventually come down to this one day. Dragonball Evolution marked a very painful creative point in my life. To have something with my name on it as the writer be so globally reviled is gut wrenching. To receive hate mail from all over the world is heartbreaking. I spent so many years trying to deflect the blame, but at the end of the day it all comes down to the written word on page and I take full responsibility for what was such a disappointment to so many fans. I did the best I could, but at the end of the day, I ‘dropped the dragon ball.’

I went into the project chasing after a big payday, not as a fan of the franchise but as a businessman taking on an assignment. I have learned that when you go into a creative endeavor without passion you come out with sub-optimal results, and sometimes flat out garbage. So I’m not blaming anyone for Dragonball but myself. As a fanboy of other series, I know what it’s like to have something you love and anticipate be so disappointing.

To all the Dragon Ball fans out there, I sincerely apologize.

I hope I can make it up to you by creating something really cool and entertaining that you will like and that is also something I am passionate about. That’s the only work I do now.

It can’t be easy being hated universally by an entire army of fans, and I’m glad he’s now only taking on passion projects. Here’s hoping there’s a better live-action future in store for the franchise, as it is currently rumored that series creator Akira Toriyama is in talks about a Japanese live-action adaptation of Dragon Ball Z.

Let me know what you think of this letter in the comments below!