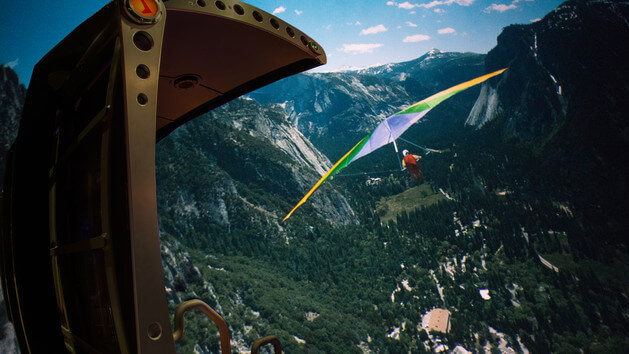 In a surprising announcement, Disney will be offering fans of the original Soarin’ ride a limited time opportunity to enjoy the attraction one last time before the all-new Soarin’ Around the World opens at both Epcot and Disney California Adventure.

The new film that is the centerpiece of the enhanced and refurbished attraction is still set to open on June 17, but the news will certainly appease fans of the original.

Disney Parks Blog has more info on how you can secure your flight pass to soar one last time with the classic ride very soon.

Epcot guests will enjoy farewell flights when the classic Soarin’ returns to The Land pavilion in Future World starting May 27. The attraction reopens at Epcot in Walt Disney World Resort before the new film, Soarin’ Around the World, debuts next month at Disney parks in Shanghai, Californiaand Florida. Disney FastPass+ service will be available starting May 21 for this limited opportunity to enjoy the classic Soarin’ experience at Epcot.

Will you be heading out to Epcot to enjoy the original Soarin’ ride or just wait it out for the new one? Let us know in the comments below.