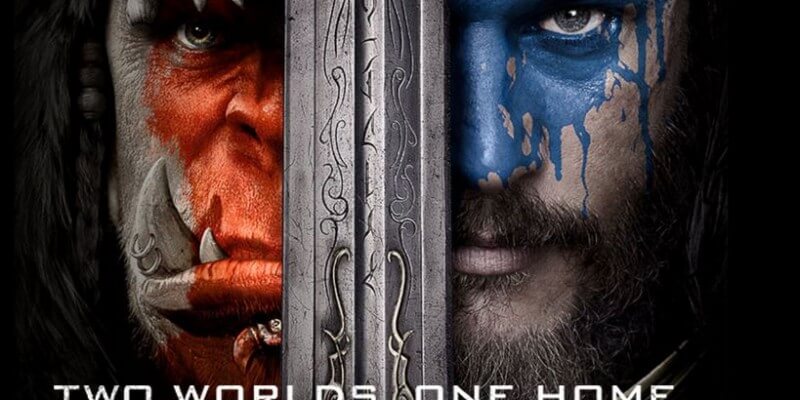 Since its inception in 1994 as a stand-alone PC game to its evolution into the massively multiplayer online role-playing (MMORPG) game, World of Warcraft, Blizzard’s crown franchise, has thrilled over 5.5 million subscribers.  The $10 million, Guinness Book of Records holder (most popular MMORPG) is about to launch its 6th expansion, Legion, this August. With such a large following of this hugely successful online realm, and the success of over 20 novels, fate (by way of Blizzard and Legendary films) saw fit to bring the epic adventure to theaters.  Universal Pictures plans to release the epic adventure on June 10th, just in time for the summer. Warcraft (or Warcraft the Beginning, internationally) is directed by Duncan Jones (son of David Bowie) and stars Travis Fimmel (whom fans may recognize from his role as Ragnar Lothbrok on History Channel’s Vikings), Paula Patton and Ben Foster.  The plot (according to the WOW movie website):

warcraftThe peaceful realm of Azeroth stands on the brink of war as its civilization faces a fearsome race of invaders: orc warriors fleeing their dying home to colonize another. As a portal opens to connect the two worlds, one army faces destruction and the other faces extinction. From opposing sides, two heroes are set on a collision course that will decide the fate of their family, their people, and their home.

Side Note – with this being a Universal Pictures release and knowing that we’ve seen two other video game IPs as houses at Halloween Horror Nights, is it possible that WOW will see its way into the Universal theme parks this Halloween?  Add your thoughts in the comments below.