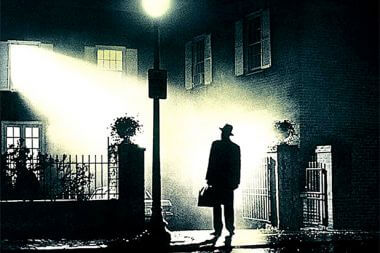 In yet another modernization reboot, The Exorcist is about to haunt television audiences.  Fox has ordered a one hour TV pilot to be written by Jeremy Slater (Fantastic Four).  According to TV Line, Ben Daniels (House of Cards/Flesh and Bone) has been cast as Father Marcus and Alfonso Herrera (Sense8) will play Father Thomas in the reboot.  Geena Davis has also joined the cast as Angela Rance (struggling to keep the faith while wrestling with demonic dreams), according to Variety.

With all the reboots and variations of the classics coming from Hollywood, what title are you most looking forward to seeing again? Leave your comments below.