REVIEW: "Tangled: The Musical" is a spellbinding stage masterpiece worthy of Disney's lineage - Inside the Magic 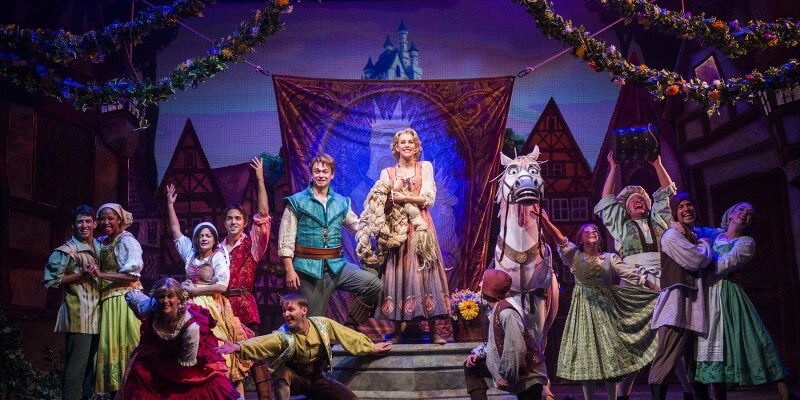 “Disney magic” is a term that gets thrown around a whole lot in our medium. Some look at it as a term of endearment, while others embrace it as a casual cliché. But sometimes — just sometimes — Disney will put out a product or a piece of entertainment that lives up to the near-impossible standards of the phrase Disney magic, and meets the cutthroat expectations of a room full of Disney Cruise Line tourists craving a glimpse into the soul of what makes the Disney lineage such a cherished storytelling medium.

For guests on board the Disney Magic cruise ship, that product is Tangled: The Musical.

Based off of the fan-favorite animated feature of the same name, the story centers around a lone scoundrel named Flynn Rider and his crazy random happenstance of running into the beautiful, long-haired Rapunzel. Now, Disney could have taken an easy way out with this production: they could’ve done a bunch of lame projections, and set up an eye-rolling song cycle (I’m looking at you, Frozen at Hollywood Studios) that would leave children clapping and adults craving any one of the nearby tropical bars on board the ship. Instead, the team behind the musical has gone above and beyond to not only re-create the magic of Tangled, but retell the story in a way that immerses audiences in that world and equally spellbinds them. 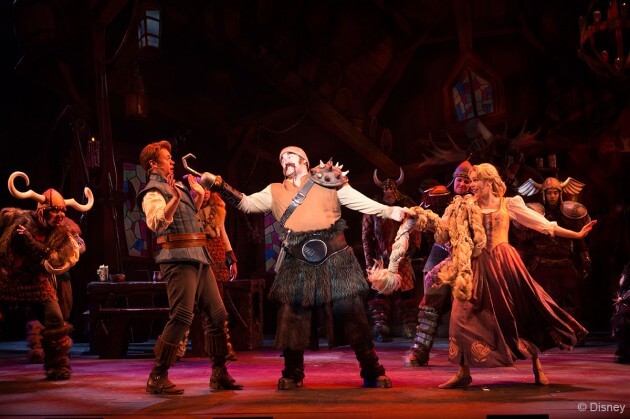 The score features all new songs by film/broadway composer Alan Menken, some expert puppetry magic with the representation of Maximus the horse, and a cast cooked to perfection and well-versed in the ways of Disney character acting. From a scaling projection that gives audiences a grand sense of the height of Rapunzel’s tower, to creative and quick set changes (all the love in the world to the Snuggly Duckling sequence), this may very well be the first time a Disney Cruise Director has used the phrase “Broadway-style” to describe one of their shows, and I actually walked out believing it.

I’d like to throw some special love to the sending of the lanterns sequence, featuring the tear-jerking number “I See The Light”. For those who may not be familiar, this is the scene when Rapunzel and Flynn serenade each other with a beautiful song out in the middle of a lake as floating lanterns dance and sparkle around them. It’s easily the most beautiful moment in the film, and I was squirming in my seat, super-nervous as to how they would pull off the grandeur of the spectacle. On stage, the trees slowly move back off-stage, and the canoe floats to center. Suddenly, lanterns begin floating overhead above the audience, start projecting themselves onto the stage, and the cast gently begins pacing out into the crowd, swaying and holding lanterns high above our heads. It was not only a completely transcendent moment for just about everybody around me (I was a sobbing mess), but I actually enjoyed the sequence better on stage then I did in the film. Because in that moment, I was there. It was real.

That was Disney magic. 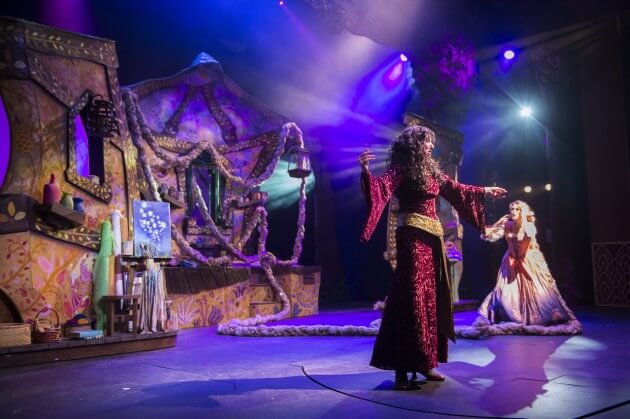 For those looking to take a Disney cruise, I would almost solely recommend a trip on the Magic just to have the opportunity to see Tangled: The Musical in all it’s glory. It’s one of those cruise ship productions that doesn’t feel like a cruise ship production, and sets the bar for what we should expect from the folks at Disney. It’s that spectacular.

For all things Disney, you’re already at the right place: Inside The Magic.

Comments Off on REVIEW: “Tangled: The Musical” is a spellbinding stage masterpiece worthy of Disney’s lineage