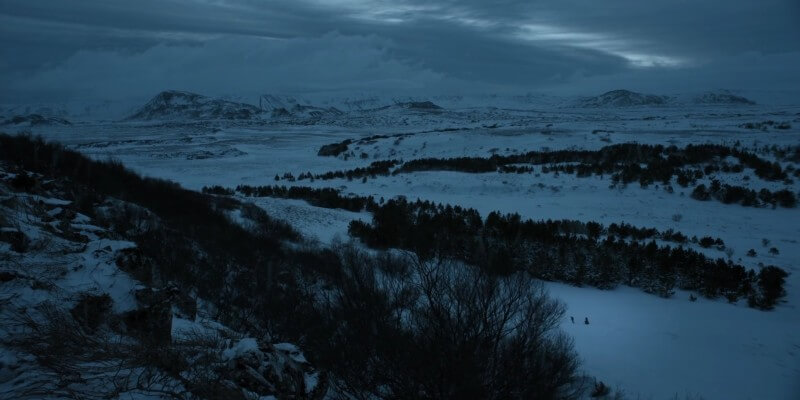 It’s a rare, wonderful gift these days to enjoy a story in mainstream popular culture and be completely unaware of what’s going to happen next. And for the entirety of the existence of HBO’s “Game of Thrones” television series, the problem of foreknowledge has been an ever-present one.

Four of George R.R. Martin’s “A Song of Ice and Fire” medieval fantasy novels had been around for years before the TV adaptation began airing, and the fifth entry, “A Dance with Dragons” was published immediately after the conclusion of the first season. Even if you hadn’t read the original books, the information about many plotlines’ resolutions and characters’ fates was out there, and very difficult to avoid– although certain bits and pieces of the story were altered here and there in translation to the small screen, which admittedly helped keep viewers on their toes.

Now, at the beginning of its sixth year, the timeline of the TV series has eclipsed the existing novels, and for the first time we, the audience, are in mostly uncharted territory. And it’s very exciting indeed.

The first episode of this new season, entitled “The Red Woman,” begins right where last year’s finale left off: with the body of Jon Snow, left bleeding and lifeless in the courtyard of Castle Black. We then witness the aftermath of his murder at the hands of his traitorous brothers in the Knight’s Watch: Ser Davos and the few men who remain loyal to Jon conspire to bring an army of Wildlings to retake the castle.

The remainder of the episode is spent checking in with the other central characters: Jaime and Cersei reunite over the bad news of their daughter’s assassination, Tyrion and Varys attempt to navigate the political underbelly of their new home Meereen, Sansa and Theon flee the Boltons and are rescued by the ever-gallant Brienne of Tarth, and Daenerys finds herself the captive of another Dothraki horde. We also witness a coup d’etat enacted by the sly Sand Snakes in Dorne and the continued training of Arya Stark by the Faceless Men in the city of Braavos. It’s all a lot of getting-up-to-speed, but there’s so many characters to check in with that the hour flies by incredibly fast.

Season premieres on “Game of Thrones” have tended to function this way from the beginning: a reestablishment of the characters, their whereabouts, and their current motivations. Then, as we get a couple episodes into the run, the plot machinations begin to take shape and we start to get a sense of the season’s bigger picture. The great thing about this particular season is that no one except the show’s writers, cast, production team, and probably a handful of HBO executives know what that shape will be beforehand.

This episode’s final scene, a quiet contemplative moment with the Red Priestess Melisandre, wherein she finally reveals her true form, is likely a hint at things to come for season six. And if this excellent first episode was any indication, the future form of “Game of Thrones” (at long last freed from the shackles of fans’ novel-driven expectations) will truly be an unpredictable one. Comments Off on REVIEW: “Game of Thrones” season six begins where last year’s finale left off: with the stillness of Snow