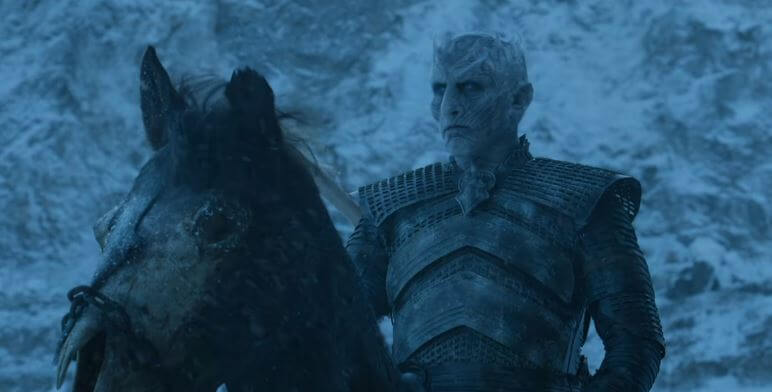 HBO’s epic adaptation of George RR Martin’s A Song of Fire and Ice, better known as Game of Thrones, returns for its sixth season at 9pm on April 24th.

What fate awaits Westeros and your favorite characters (those who are still around, that is) will further be revealed as the highly anticipated return of HBO’s crown jewel returns with the first new episode: The Red Woman.

According to Vanity Fair (based on hints from trailers for the new season), the series will return to revisit skipped story lines omitted from the show so far.  Look for possible elements from both A Dance with Dragons and A Feast for Crows.  We’ll skip the spoilers here (but those without the third eye, can turn to Vanity Fair’s full story here). Don’t have HBO?  Don’t worry – its free for the weekend of the premiere () AND HBO is offering a free month service for anyone subscribing to their standalone subscription service HBONOW (no cable/TV service required).