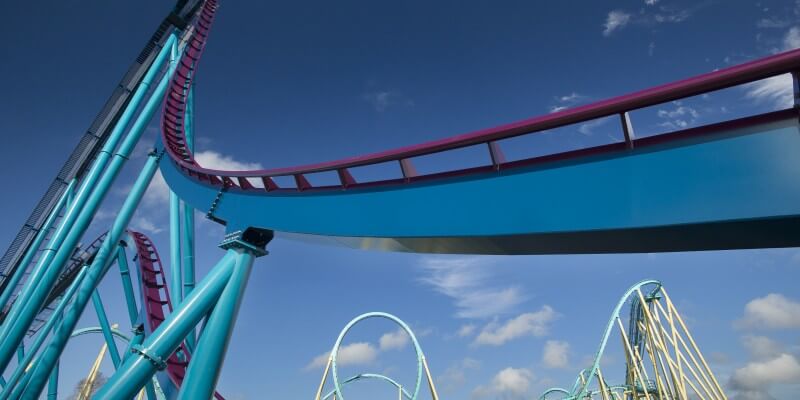 It’s been a long time since there has been this much hype around a roller coaster in Orlando, Florida.

When the attraction was announced back in May, the media was a-buzz with questions about what is said to be the tallest, fastest ride, longest coaster in town. And now, finally, we have an opening date: Designed for speed and relentless “air time”, Mako lures guests to brave tight turns, stomach steep drops and endure shark-attack speeds. In fact, riders will soar up to 200 feet high and reach speeds up to 73 mph — which is insane. Check out some of our videos below covering the production of the incredible feat of engineering.

Here’s the announcement of the coaster:

And a virtual POV ride through the twists and turns of the attraction:

The reveal of the epic, sharky ride-car:

And lastly, the placing of the final track-piece, and the completion of the massive Mako:

Further hyping Mako-mania is a new live presentation (called “Mako Rising”) in the park for guests who are itching for a peek starting now. The new presentation gives guests a preview of the ride design, construction and experience, and also shares interesting educational facts about sharks in the wild that need our help. It’s now being shown at Nautilus Theater daily at 11:45 a.m. and 2:45 p.m.

So are you crazy park-goers feeling about all of this? Are you guys craving a ride on this the new SeaWorld Orlando coaster? Let me know in the comments!