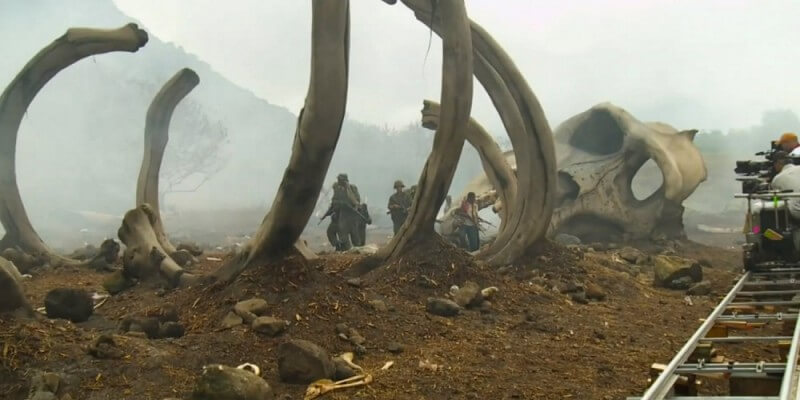 Not only do King Kong fans have a brand new attraction at Universal Orlando Resort to look forward to this year, but now we’ve also been treated to a first look at the “Kong: Skull Island” film due in theaters on March 10, 2017 courtesy of the MTV Movie Awards.

According to EW, the plot of the film “focuses on a group of people who head to an uncharted island in the hopes of finding adventure (Hiddleston stars as a former British Special Air Service officer; Larson plays a peace-first photojournalist). There, they encounter a little giant named King Kong.”

Of course, a “little giant” might be a massive understatement (did you see the size of those bones?) so expect plenty of epic action and destruction here. Screen Rant is also reporting that the film takes place in the 1970s, quite a bit of time after the Great Depression-era time period that the original 1933 film and the Peter Jackson’s “King Kong” remake from 2005 was set in.

They also gleamed some vital information from the above video regarding the upcoming movie, so beware of spoilers!

So who’s excited for this new rumble in the jungle? Let us know in the comments below!