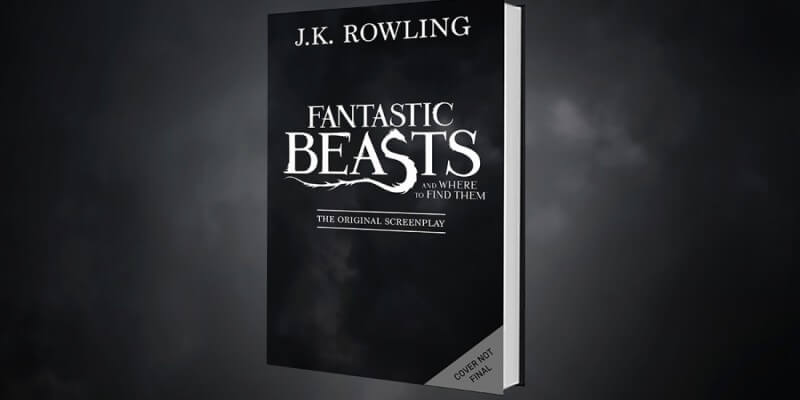 Harry Potter fans have been eagerly anticipating the newest film set in the Wizarding universe, “Fantastic Beasts and Where To Find Them,” due out this year. Now there’s even more to celebrate with Pottermore, J.K. Rowling’s official site for all things Potter, announcing that Little, Brown UK and Scholastic will be publishing the screenplay as a book.

Rowling’s screenwriting debut borrows the same name as the original book published in 2001, which is more of an encyclopedia of monsters, but otherwise is a completely new story set in the same film universe as the celebrated Harry Potter series.

The original book was written under the pseudonym Newt Scamander, a “magizoologist” and the main protagonist of the film, and is a required textbook for first year students at Hogwarts. In the film, he arrives in New York in 1926 for an important meeting but his plans soon get derailed when his creatures escape.

“With any new writing from J.K. Rowling, we know that we are not only engaging her vast fan base, but are also building a new generation of readers,” said Ellie Berger, President of Scholastic’s U.S. Trade Division. “The much anticipated release of the Fantastic Beasts and Where to Find Them movie marks another magical and exciting moment for film lovers and readers everywhere, and we are absolutely delighted to publish J.K. Rowling’s screenplay debut.”

“Fantastic Beasts and Where to Find Them” is scheduled to be released on 18 November 2016 worldwide, with the screenplay book available to purchase the following day from Little, Brown (UK) or Scholastic (US and Canada), or as an eBook on Pottermore. Jack Thorne’s script for Rowling’s new stage play, “Harry Potter and the Cursed Child” will also be published as a book in July.