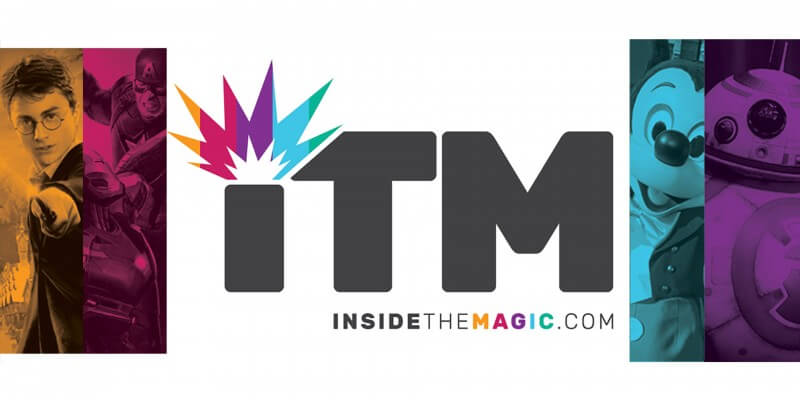 Greetings, Inside the Magic fans and followers!

It was exactly 11 years ago today that I first launched Inside the Magic, a perfectly fitting day for me to excitedly share some thrilling news about the future of this web site and ITM as a whole.

What began as a small podcast evolved over a decade far beyond what I ever thought possible. ITM started as a simple hobby and today has become one of the leading sources of entertainment news, information, and fun online.

There’s no denying that Inside the Magic is now so much more than just a small podcast reaching a few thousand people each week. Today, ITM is seen by hundreds of millions of people each year. And to keep up with our ever-growing audience, today we are re-launching the site with a new brand, officially introducing our passionate new team who will lead ITM into the future…

Those of you who have been following me – Ricky Brigante – for all these years know that I’ve always had a passion for theme parks… but have also shared the same passion for all forms of unique entertainment. And I know many of you have been left wondering what I’ve been up to since seemingly “vanishing” from the public side of ITM over the past year-and-a-half.

The truth is: I haven’t gone anywhere. While I am not personally doing all the reporting anymore, I am overseeing all the day-to-day activities of our new fantastic team, as the site’s Editor-in-Chief. In addition, I have taken on the roles of Producer and Technical Director at Pseudonym Productions, currently working on the creative team of the new interactive experience When Shadows Fall.

Given my tremendous workload and the crazy speed at which this site has been growing, I simply could not handle managing a site of this size alone anymore.

On YouTube, we have nearly 600,000 subscribers watching 15 to 20 million video views per month, a total of nearly 600 million over the lifetime of the ITM channel. And our combined audience of followers on Facebook and Twitter has also crossed 600,000.

In other words, ITM simply cannot be run by one person anymore.

In the weeks, months, and years ahead, I ask that you give our awesome new team a chance and get to know them personally, just as you have with me. Head over to the About page to learn more about them. They’re a fun quirky bunch of fans of all things entertaining that will do their best to deliver only the most engaging, unique and most importantly FUN stories to you, just as I have done for more than 10 years.

And as for that whole podcast thing… stay tuned. Today marks 11 years of Inside the Magic and I haven’t forgotten where we came from. There is much more fun to come!