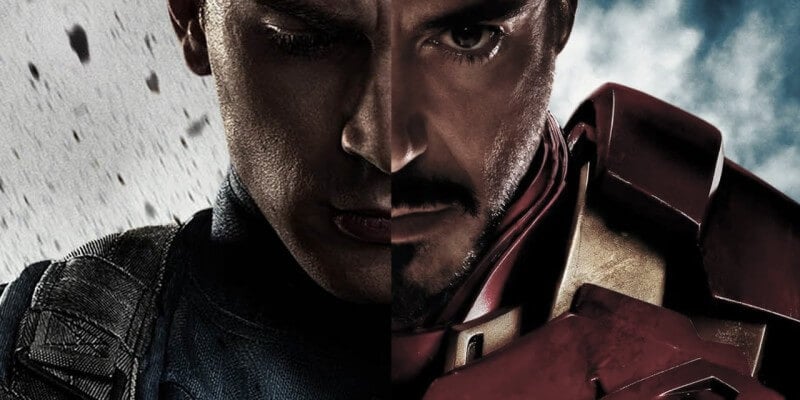 With the giant release of “Batman v Superman: Dawn of Justice” this past weekend, it’s clear that the DC Cinematic Universe has arrived. With Box Office Mojo reporting $170 million domestic for the team-up film, there are definitely some lessons to learn from the movie. However, with its extremely weak critical score (29% on Rotten Tomatoes), there are questions as to how much the film will gross at the end of its run. While a large drop off is likely, that is the norm for films that open above $100 million (50 to 60% dropoffs in week two are common regardless of the opening).

Regardless of how the film plays for the rest of its run, it’s an undeniable success worthy of examination and should give Marvel some pause moving forward. Regardless of how you feel about the movie, there are lessons that Marvel should take from the blockbuster. 1. The DC Universe has been relatively untouched

Over the past decade, Marvel has been able to turn a handful of B level characters and turn them into the poster children of the modern comic book franchise. Iron Man was a relatively weak superhero in popular culture before the cameras started rolling, and I think it’s fair to guess that most moviegoers were more aware of the Norse God Thor than his comic book counterpart. However, Sony had created an extremely popular “Spider-Man” franchise since the early 2000s, and the “X-Men” films date back to 2000. For many people, Marvel had already explored its greatest characters before choosing to pursue the “Avengers.”

The same can be said for the DC Universe in some ways, but even fewer characters have found their way to the big screen. While Vertigo and DC had released several films based on graphic novels (such as “Road to Perdition” and “A History of Violence”), the only superheroes that had found their way to the cinema were Superman, Batman, and Green Lantern. Lesser heroes like Swamp Thing, Steel, Catwoman and Jonah Hex had made debuts, but are largely considered cult classics or flops.

Despite some setbacks, DC was able to achieve greatness with the highly successful “Dark Knight Trilogy” starting in 2005 and “Man of Steel” in 2013. This seemed like an obvious way to expand into a shared universe, and it finally became apparent that combining the two into a franchise would be the best way to tell stories that had not been on screen before. The concept behind “Batman v Superman” was a new one for fans of the characters in film, and was the obvious step considering the world building that Marvel had been doing. The question is, can Marvel explore as much moving forward as DC? The answer seems to be a resounding yes, with both “Guardians of the Galaxy” and “Ant-Man” proving to be C and D level characters that were turned into critical successes. However, Marvel is running into a different problem with its heroes. With Robert Downey Jr. and Samuel L. Jackson each running up on the edge of their deals, questions about re-casting are going to be inevitable. It seems like Marvel’s plan for the meantime is to simply introduce new characters to “step into” roles that are similar to the ones filled by heroes that have already been introduced, but eventually the audience will want new Iron Mans and Nick Furys. It’ll be interesting to see if they choose to recast the popular roles, and if doing so will cause them to reboot pockets of the MCU. At the moment, Marvel is flying into production on more films than ever before, with two more movies due out in 2016 (in addition to a “Luke Cage” Netflix series), and three films coming in 2017. There’s no doubt that the Universe that Marvel is building will be worth it in the end, but the potential for superhero fatigue is real.

After “Man of Steel”, it took DC a while to get their next film out (about 2 1/2 years). You can argue as to whether or not this was a smart plan, but at the end of the day, the want to see the characters come back to the big screen helped boost the film’s prospects. It is wise to take your time with a film, and build anticipation in the progress. In all fairness to Marvel, they are engaging in this production length in a very different way. While they are releasing films every six months or so, they are giving their actors and characters time to rest between flicks. “Iron Man 3” came into theaters about a year after “Avengers,” but it had been three years since “Iron Man 2.” The same could be said about “Captain America: Winter Soldier,” which had came into theaters three years after “Captain America: The First Avenger.” However, with the Avengers films filling out the gaps, this has left Marvel’s actors a little overexposed at times. It likely wouldn’t hurt to give the actors a little more of a rest, and it helps knowing that the demand will still be there after longer gaps. 3.  Combining characters could be the way to go

With “The Avengers,” Marvel found a formula for success unlike any in film history. Team up movies and crossovers had been relatively rare through the years, and the MCU has staked its claim as one of the great shared universes in film history (the other is likely Universal’s Classic Monster movies from the 1920s to the 1950s). However, one can argue that teaming up six characters or more should be more limited than it has been for Marvel. Perhaps teaming up just two would do more for the films moving forward? With rumors about the Hulk’s role in “Thor: Ragnarok” seemingly confirmed, as well as Black Widow’s big role in “Captain America: Winter Soldier,” Marvel’s already posited the idea. The potential for a Hulk/Thor crossover sounds exciting, and this format could carry on into other films. However, this could also work to bring new characters into the fold. With so many characters available to them, Disney and Marvel should look into pairing off its characters in order to develop two characters simultaneously, while still creating a high output for films. Even if some of these films become “versus” movies, there is certainly a lot to gain for Marvel as a whole.

4. Be careful not to shoehorn in too much

Many of the reviews that attack “Batman v Superman” are hard on the film due to its attempt to “catch up” to Marvel in one film. At the same time, it hurts itself by trying to stuff what took five years to make in under three hours. Sure enough, this didn’t work great, and also sends a message to the audience along the lines of “we know you’re going to come to our movies anyway, so why not just tell you what we’re making in the future?” It’s overstuffed with distracting cameos that ultimately don’t play into the main story. However, given that “Captain America: Civil War” arrives in under two months, it’s hard to argue that Marvel isn’t falling into the same trap. As someone who enjoys the Civil War storyline I am really excited for the film. At the same time, I think that it would be naive to think it won’t be a problem. Accounting for the fact that the film returns everyone minus Hulk and Thor from “Ultron” and then adds a new villain, Falcon, Ant-Man, and Vision in a full role, this could be a real problem.

It’s important for Marvel to think about scaling back on some level when it comes to giant crossover films. The overstuffing possibility was the biggest reason that fans were hesitant about “Avengers” to begin with, and with the potential for more than 50 or 60 characters in the “Infinity Wars” you have to wonder if your favorite characters will even get 10 minutes of screen time. That is the problem that overstuffing creates: character development grinds to a halt and it makes it difficult to tell an overarching story with nuance and feeling. There’s no denying the success that the MCU has had since 2008, but there’s still a fair amount of improvement that can occur. While “Batman v Superman” has had success in the box office, there are certainly fears for the franchise moving forward. That said, the film is far from a failure, and should provide Marvel with some inspiration for how it can also improve.