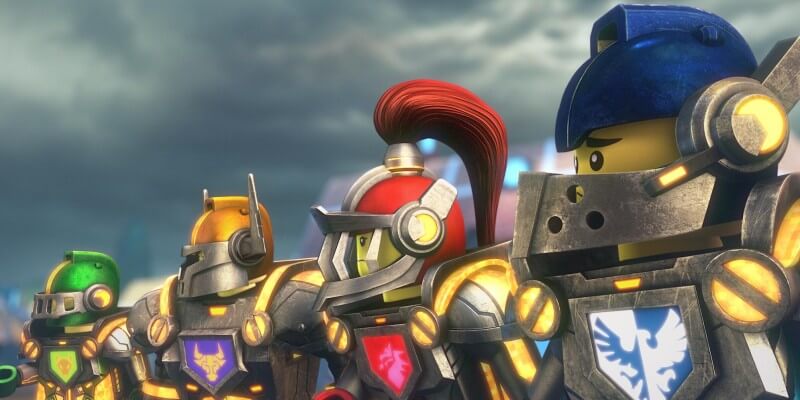 There were some big announcements at the LEGOLAND media event today, one of which being the all-new “LEGO Nexo Knights 4D: The Book of Creativity”, which is opening on May 26, 2016! Based on the new series of building that and the only new TV show, the attraction is a 12 1/2 minute, immersive experience that will combine 3-D animation with “4D” effects that will bring you hardcore blocky action busting off the screen and into the crowd! The plot? I’ll just let the LEGO folks explain it:

Set in the futuristic Kingdom of Knighton, this all-new theatrical attraction pits five young knights against the evil Jestro and his sidekick, the Book of Monsters, in a battle for control of a rare book of magic that gives its owner tremendous power. Got all that? Awesome. Check out our interview about the new tech being brought to the park, and exclusive shields that unlock unique NEXO Powers within the LEGO Nexo Knights: Merlok 2.0 mobile app for iOS and Android devices.