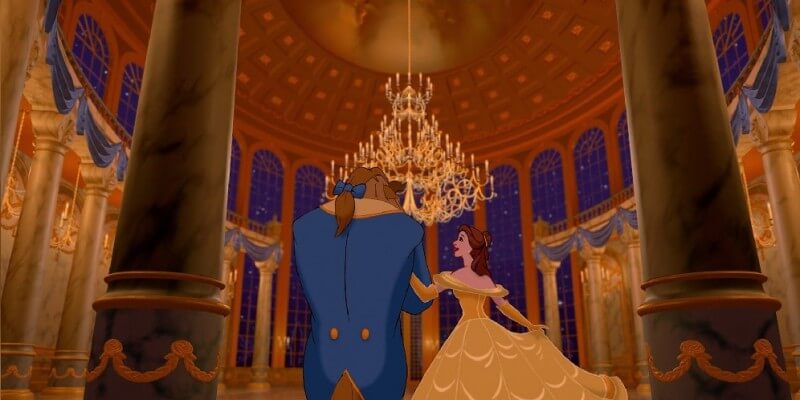 Over the past couple of weeks, I’ve had a cough that just won’t end. Before that I was sick with an offshoot of the flu. It’s that time of year, and with pollen and allergy season really picking up, it’s time to watch some movies to seclude yourself from the world around you.

These are some of the Disney movies I like to watch when I get sick, but to each their own. Here we go! A perfectly fun and wacky film, “Alice” remains one of the most popular flicks of Disney’s classic animation. Not only is it full of like 10 minute shorts (to accommodate when you fall asleep or wake up in the middle of the movie), but it’s a ridiculous and fun ride. It’s an excellent way to remind yourself that the fever dreams you’re having are only temporary, and is the perfect fix for traditional animation fans. When this released in the mid 2000s, I think few realized that it would be as strong of a film as it turned out to be. It’s got an amazing amount of rewatch value, and is only strengthened by the amazing careers that both Amy Adams and James Marsden have had since the film’s release. There’s also the great self-parody aspect to the film that has actually gotten better since “Tangled,” “Frozen” and “Princess and the Frog” has released. I also think that Patrick Dempsey has never been better. 3. Beauty and the Beast

This is a somewhat selfish choice on my list, because it is my wife’s all time favorite movie. Flipping on this movie makes her want to cuddle up, even if I’m hacking up a long while we watch. You may also feel like a Beast/Monster while it’s on, but it’s a nice reminder that you’ll recover (eventually). There’s something special about “Meet the Robinsons” that I can never quite put my finger on. Whether you tune in for the Walt based story, the nostalgia of a “Danger Will Robinson” quotes, or just the general zaniness of the family that reminds me of my own, it remains one of my favorite 2000s Disney film. The “twist” is still amazing, and Bowler Hat Guy is a cult favorite villain. It’s a great movie, and an excellent way to urge you to get out of the house. There are few plots in movies that make you believe that anything is possible. One of those movies has got to be “National Treasure,” which tells the epic tale of Nicolas Cage stealing the Declaration of Independence. It’s one of my all time favorite ridiculous movies; because how amazing is it that this movie got green-lit to begin with? This is not even one of those, ironically love the movie kind of gags. I am legitimately always up for this. It’s fun, it’s knowledgeable, and is so self aware of its ridiculousness that it you have to give it another chance. The only question now is whether or not we can get Nick Cage to do a 13 episode season of National Treasure for Netflix. One can dream right?

What do you guys watch on your sick days? Let us know in the comments.