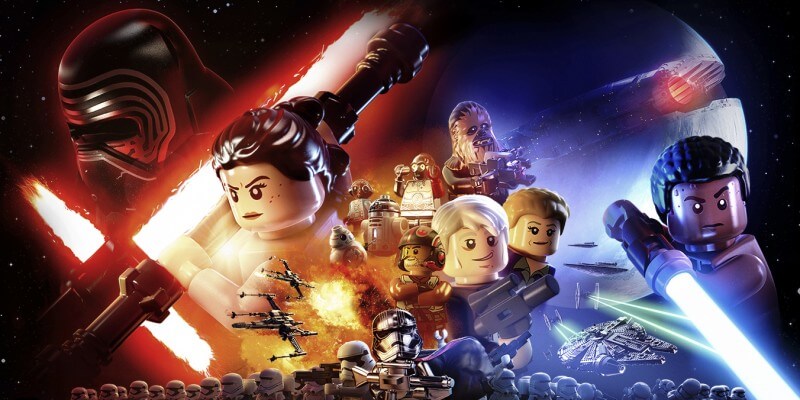 Shut up and take my credits!

A while back, we announced that the geniuses over at LEGO, Disney, and Star Wars were putting together a little piece of interactive entertainment based on some space movie that nobody’s ever heard about. Now, we’ve been graced with a charming gameplay trailer highlighting some of the new features, story elements, and classic LEGO gameplay that has become synonymous with the all-star video game series.

Without a doubt, this game is shaping up to embody all of the things we’ve loved about the LEGO games thus far, and kick things up a notch with a tried-and-true franchise, a revisit to the classic universe that brought these blocky games to the forefront. Here’s what the company had to say:

LEGO Star Wars: The Force Awakens takes players deeper into the new film than any other game with all of the heroic characters from the movie, including Rey, Finn, Poe Dameron, Han Solo, Chewbacca, C-3PO, and BB-8, as well as Kylo Ren, General Hux and Captain Phasma, while also exploring iconic Star Wars locales, such as Jakku and Starkiller Base.

This action-packed adventure introduces new gameplay features, including the enhanced “Multi-Builds” system, where players can choose from multiple building options to advance the game. Gamers will be able to engage in intense new Blaster Battles for the first time, utilizing surrounding environments to drive back the First Order. Fans can also experience the thrill of high-speed flight gameplay through arena-based battles and dogfights in space, while utilizing a multitude of vehicles along the way, including the legendary Millennium Falcon.

PlayStation 4 and PlayStation 3 players will have access to exclusive downloadable content, the Droid Character Pack and the Phantom Limb Level Pack.

LEGO Star Wars: The Force Awakens is all set for a June 26, 2016 release, and we can’t wait to get our hands on the final product. Stick with ITM for full coverage!

Comments Off on Save the galaxy in the new “LEGO Star Wars: The Force Awakens” gameplay trailer!