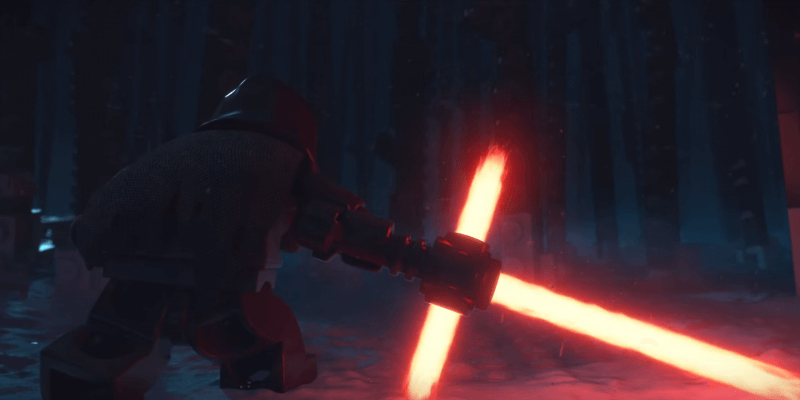 Nothing like a good LEGO Star Wars game to lighten up your universe!

Looks like Xbox’s website dropped the block-bomb and announced that The Force Awakens will be it’s own LEGO game. I mean, we all saw this coming, but it’s nice to see them dropping the info on us so soon — it’s that nice, sweet spot between the release of the movie and the Blu-ray.

The trailer certainly looks like a series of pre-rendered cutscenes, but the LEGO games have never failed to surprise us with their attention to detail. Here’s the official press release:

LEGO Star Wars: The Force Awakens takes players deeper into the new film than any other game with all of the heroic characters from the movie, including Rey, Finn, Poe Dameron, Han Solo, Chewbacca, C-3PO, and BB-8, as well as Kylo Ren, General Hux and Captain Phasma, while also exploring iconic Star Wars locales, such as Jakku and Starkiller Base.

This action-packed adventure introduces new gameplay features, including the enhanced “Multi-Builds” system, where players can choose from multiple building options to advance the game. Gamers will be able to engage in intense new Blaster Battles for the first time, utilizing surrounding environments to drive back the First Order. Fans can also experience the thrill of high-speed flight gameplay through arena-based battles and dogfights in space, while utilizing a multitude of vehicles along the way, including the legendary Millennium Falcon.

PlayStation 4 and PlayStation 3 players will have access to exclusive downloadable content, the Droid Character Pack and the Phantom Limb Level Pack.

Additionally, the deluxe versions on PS4 and Xbox One will also include an exclusive Finn mini-figure and the game’s season pass of additional content to be released later. The company also revealed that a portion of the game will take place in “the time between Star Wars: Return of the Jedi and Star Wars: The Force Awakens.” LEGO Star Wars: The Force Awakens is all set for a June 26, 2016 release, and you bet your galactic butts we’ll be first in line to pick this baby up!

In the meantime, check out the new trailer below: