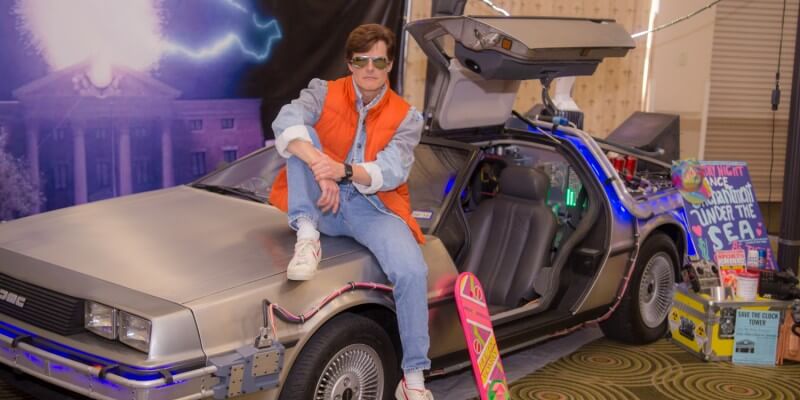 OTM had the pleasure of dropping in at the Omni Expo 3 (at the Double Tree across from Universal Studios in Orlando) this past weekend.  The popular pop-culture convention was well attended but not overcrowded – making for a very enjoyable and entertaining visit. Other ‘stars’ included up close and photo op time with a few famous vehicles.  Thanks to Legends4Hire, Sims was on hand as Marty McFly, perched atop his time-travelling DeLorean.  Coulombe Enterprises made sure Jurassic Park was represented well (both dinosaur and service jeep). Of course, the Winchester boys would have been mighty proud of “Lilith – Back in Black” (Supernatural Replica Impala). While noted (and well attended) for its Anime track, Omni-Expo saw diversity in fandom (as evidenced by their costume contest and entertainment (including the Pleasure Pixels Vaudville – sorry, no photos were allowed, and Shinobi School – Parkour and Aerobatic combat show).  Winners in the costume contest included Steampunk elements, characters from Disney and The Hobbit, in addition to video game, comic book and anime representations.