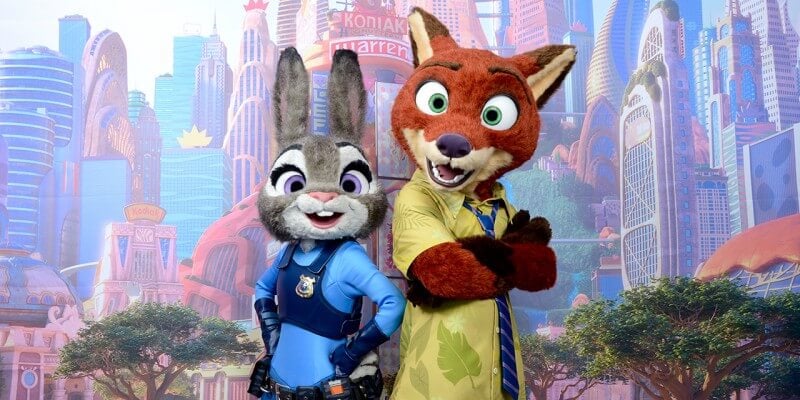 Starting very soon, guests at both Disneyland and Walt Disney World will get to meet their two favorite characters from Disney’s upcoming animated feature film “Zootopia”!

The Disney Parks Blog has announced that Nick Wilde and Judy Hopps will be hanging out at Hollywood Boulevard at Disney California Adventure in all of their furry glory to meet and greet lucky guests starting in the spring. They’ll also make the cross-country trek to Walt Disney World to join the “Move It! Shake It! Dance & Play It!” Street Party at Magic Kingdom Park.

“Zootopia” opens this Friday, March 4 and has received glowing reviews, including right here on Inside the Magic. Who’s ready to see the latest and greatest from the Disney Animation Studios?