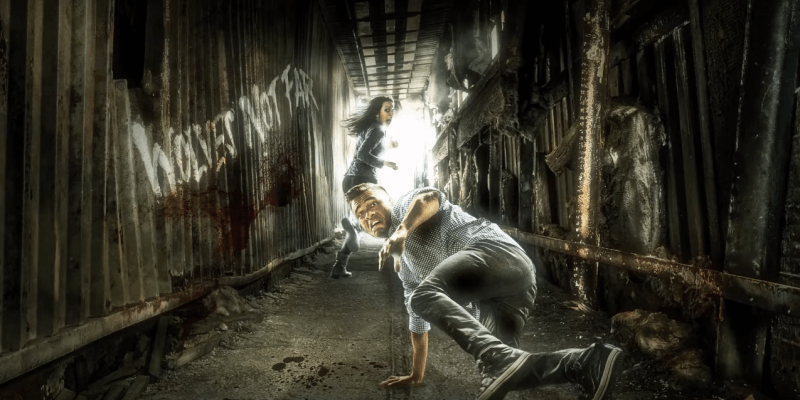 “The Walking Dead” fans have been hungry for more information on the upcoming permanent attraction at Universal Studios Hollywood and now we’re finally getting more info on what to expect. Speaking at Wondercon this past weekend, its creators promise an entirely new experience for guests who are familiar with the show’s presence at Halloween Horror Nights.

As reported by IGN, John Murdy, Chris Williams and Don Burgess from Universal Studios discussed the challenges of making “The Walking Dead” into a permanent attraction.

Williams said that when recreating notable areas from the show, compared to the Horror Nights mazes, they were going for, “Bigger and broader sets and more high end sets,” saying they were, “taking the level of sets and the scenic tricks and taking them to a higher level.”

While the Horror Nights mazes were often built inside a tent, for the permanent attraction, Burgess noted, “Universal is building us a building” and “the team has been very careful to use every inch” as far as filling everything in sight with something of significance to the show. Beyond the more obvious recreations of set pieces from the show, Murdy promised Easter Eggs throughout, with references to locations and moments from The Walking Dead’s history.

Changes from using similar makeup they use on the actors for the TV show proved to be impractical for this new theme park experience, so silicon masks will be employed instead, “with a focus on making sure the dead eyes and mouth movement could emulate what you see in the series.”

Unlike the Halloween Horror Nights attractions that usually focus on the events of the latest season, the new permanent attraction will take a decidedly more thorough approach to the entire series with no restrictions from Universal holding them back. “Honestly, you don’t see stuff like this in a theme park!” said Murdy.

“This is more intense than Halloween Horror Nights,” Burgess commented on IGN. We’re really surprised we’re allowed to do something this intense.”

For more info on the ride and to read the full report from IGN, make sure to click here.

What are your thoughts on the new attraction and will you be brave enough to step inside when the “Don’t Open, Dead Inside” doors open at Universal Studios? Leave your comments below!