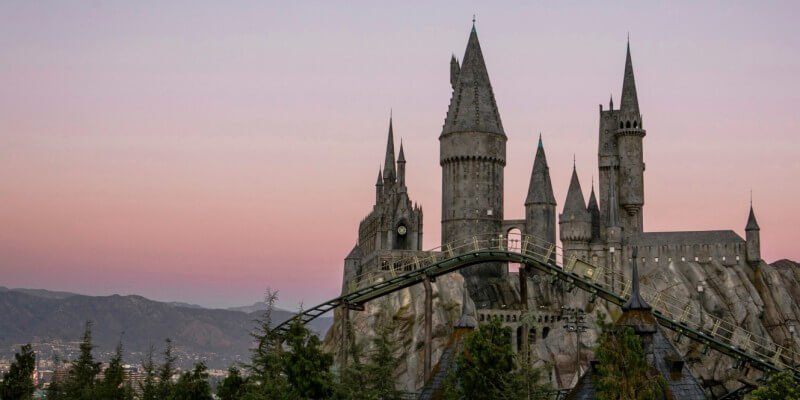 Despite the fact that the new expansion has been undergoing technical rehearsals for over a month, Potterheads and Muggles alike are anxiously awaiting the official opening day of the Wizarding World of Harry Potter at Universal Studios Hollywood on April 7th. And in addition to that, the park will be hosting a grand opening ceremony two days earlier, with lots of excitement and special guests in store for the occasion.

This week the official J.K. Rowling website Pottermore announced that “Harry Potter” film franchise stars Warwick Davis (Flitwick / Griphook), Tom Felton (Draco Malfoy), Evanna Lynch (Luna Lovegood), James Phelps (Fred Weasley) and Oliver Phelps (George Weasley) will all be on hand for the April 5th event. One additional very special guest was also revealed: John Williams, composer of the musical score for the first three “Harry Potter” movies, along with many of the most-recognizable movie themes from throughout the past half-century of cinema history.

According to a press release that was also sent out today, other guests at the ceremony will include actors Viola Davis and Billy Bob Thornton, make-up effects artist Greg Nicotero, comedian Chris Hardwick, Universal Studios Hollywood president Larry Kurzweil, and mayor of Los Angeles Eric Garcetti.