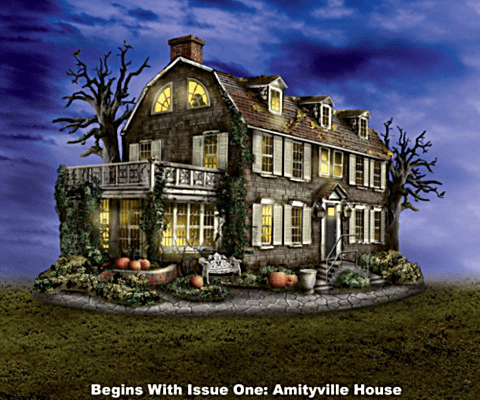 Love ghost stories?  Wish you could own the iconic homes and haunts from your favorite tales of terror?

Now, thanks to the Bradford Exchange, your nightmares CAN come true!  Offering a series of five haunted sculptures at roughly $60 each, the “America’s  Most Haunted” villiage collection will feature “illuminated handcrafted buildings and more inspired by haunted places across America. With cards detailing the haunted history of each.” 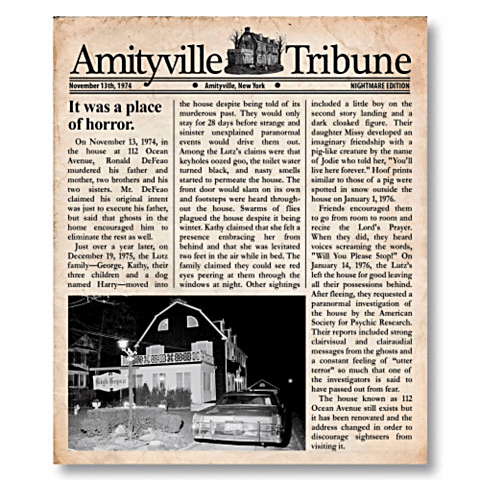 First up in this ghostly collection is a replica of the Amityville House (made famous by the Amityville Horror Story).  On November 13, 1974, Ronald DeFeo Jr. shot and killed six members of his family at 112 Ocean Avenue, a large Dutch Colonial house situated in a suburban neighborhood in Amityville, on the south shore of Long Island in New York. He was convicted of second degree murder in November 1975.

“In December 1975, George and Kathy Lutz and their three children moved into the house. After 28 days, the Lutzes left the house, claiming to have been terrorized by paranormal phenomena while living there.” – Wikipedia 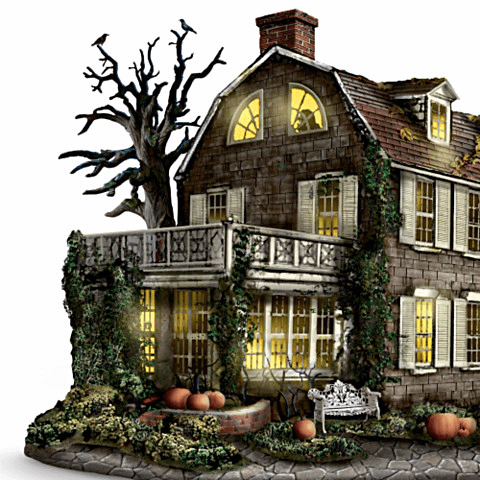 Believed to be the most haunted house in Clevland OH, the second scary sculpture is that of the Franklin Castle.  The Castle was built in 1865, is four stories tall and has over 30 rooms (and even more rumors). Details of the tragedies, alleged murders and ghosts can be found here. 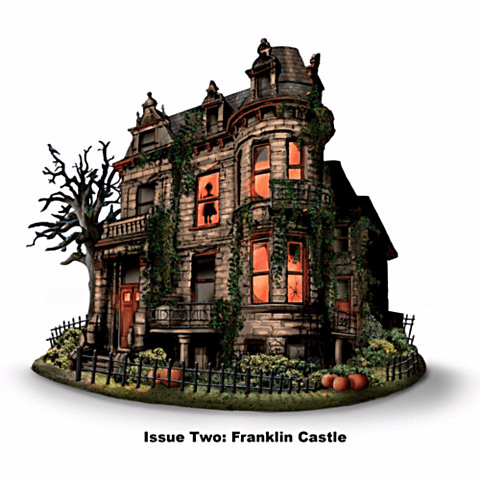 Bradford Exchage has not yet released which haunted historic locations will be featured for the final three pieces to the collection.  What do you think they should be? Leave your supernatural suggestions in the comments below.