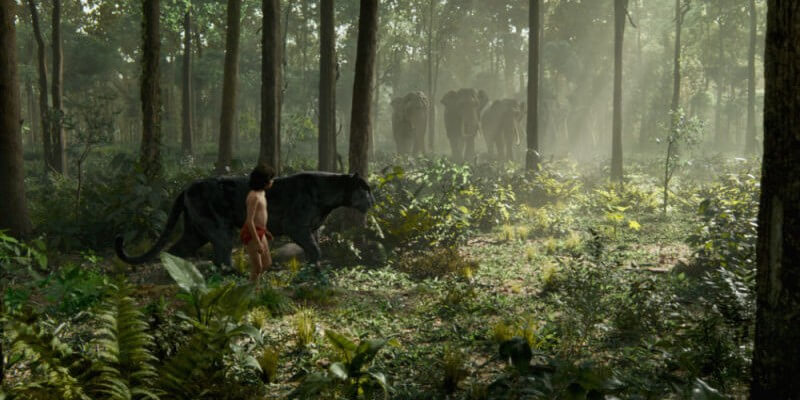 When Disney released “Alice in Wonderland” in 2010, the company was able to cash in on years of nostalgia and love for one of the company’s greatest adaptations. The Tim Burton directed adaption went on to gross over $1 billion in the box office, showcasing that Disney had a gold mine in their stable. By 2015, Disney had released two more box offices smashes in “Maleficent” and “Cinderella,” with an Alice sequel, “The Jungle Book,” and “Beauty and the Beast” on the horizon.

With the new trend on the horizon, some have turned to skepticism over the studios’ choice to simply play it safe. However, it is hard to deny that the formula has been helpful to this point, with “Cinderella” helping to offset some of the costs of the box office bomb “Tomorrowland.” When a studio has the ability to make safe choices, it is certainly hard to pass up the opportunity. Still with five live-action adaptations on the slate before the end of 2017, Disney may run the risk of exhausting its strategy rather quickly. With three of those arriving in 2016, we’re going to examine their role in Disney’s plans moving forward. Undoubtedly the one that audiences have seen the most of, Disney’s 2016 edition of “The Jungle Book” looks to be the strongest performer of the three live-action adaptations at the box office. Not only has Disney done an excellent job promoting the film, especially with the use of the “3D trailers,” but the date itself is far enough after “Batman V. Superman” that family crowds will likely flock to Disney’s offering. One of the more interesting things that has been making the rounds, is that director Jon Favreau (“Iron Man,” “Chef”) had his visual effects artists watch films like “Beverly Hills Chihuahua” to discover “what not to do” with CGI animals that speak. Gizmodo found that the film was almost entirely created digitally as well, with the few sets that were built often replaced by digital effects entirely. By creating almost an “Avatar” style environment, Favreau is hoping to capture magic and mysticism that would not have been possible if then movie had been filmed on location. While I had not been high on “The Jungle Book” over the last few months, some of the footage and set pieces that have found their way into the media are extremely impressive. With Favreau already confirming that the film will not be a musical, it will be interesting to see if the film will take an overly dark tone, or if it will maintain the light-hearted adventure that made the original so outstanding. Favreau may be able to blend both, and if the effects are there, this should play like gangbusters. “Alice Through the Looking Glass”

Unlike “Jungle Book,” this film could potentially be the first bomb of the live-action remake trend. While the first film was met with acclaim (it won two Oscars), and financial success ($1 billion in box office receipts), the sequel has several problems working against it. Among these problems is the fading star of Johnny Depp. When “Alice” came to the box office, Depp was still fresh off the “Pirates” trilogy, as well as acclaim for his performance in Burton’s “Sweeney Todd.” Unfortunately, Depp’s poor box office performance of late is not the only problem here. While excitement was high for the original “Alice” the film dropped off quickly after its release. At this point, its IMDB score has dropped down to a 6.5, indicating audiences see the movie as merely average. By comparison, both “Cinderella” and “Maleficent” score a 7.0 on the same metric, making “Tomorrowland” a comparable title at 6.5. Movies below a 7 range do not usually inspire audiences to rush to the theater for a sequel, and with the sequel releasing over six years after the original, many audience members may have moved on from the series. One of the biggest issues facing the film is the loss of Tim Burton as the director. Part of the excitement that built up the first film was Burton’s unique style and vision for what could be created in the most bizarre world imaginable. Not only is Burton’s approach now known, but his choice to stay away from the sequel may be a sign of things to come. While James Bobin has done a good job with the recent Muppets movies, most movie stars on set show up for cameos. Here, Bobin will have to balance the screentime of Depp, Helena Bonham Carter, Mia Wasikowska, Anne Hathaway, and newcomer Sacha Baron Cohen. That doesn’t even factor in CGI characters like the Cheshire Cat or White Rabbit. Finally, going up against “X-Men: Apocalypse” is definitely something that this film should worry about. Not only was its predecessor, “X-Men: Days of Futures Past,” the highest grossing film in the franchise (at the time), but the release of “Deadpool” has made faith in the brand even stronger. Combine “X-Men” with the other big budget fare that releases in the summer, “Alice” might be Disney’s biggest flop of 2016. The last live-action adaptation making its way to the big screen in 2016, “Pete’s Dragon” remains a mostly unknown commodity. While we finally received footage on the film this week, a lot is still unknown about the film. The cast is anchored by Dallas Bryce Howard (“Jurassic World”) and Robert Redford (“Captain America: Winter Soldier”), but if we’re being honest, the real star is going to be everybody’s favorite green dragon Elliot. There are several things that seem to give “Pete’s Dragon” a better chance at success than some may think. For one, the film is clearly going to take an adventurous turn, taking some visual and narrative cues from the Amblin storytelling book. It looks to draw heavily from the Spielberg “kids on an adventure that adults don’t understand” playbook, and doing so should be a smart move as the summer closes out.

With a release date on August 12th, the film goes up directly against the remake of “Ben-Hur,” as well as the 2nd weekend of the highly anticipated “Suicide Squad.” While it might face competition from the later, the ace in the hole for “Pete’s Dragon” is that the only family movie releasing in July is “The Secret Lives of Pets” on July 8th. That month gap will make families excited to see a film, and if “Pete’s Dragon” delivers on its premise, it could be huge. Overall, Disney could have an excellent summer with their live-action adaptations. That said, “Alice” is in a very shaky position that could potentially hurt future releases of Disney classics. At the end of the day, these stories have already been told in expert fashion, but what should help differentiate these films from their original source’s material. It seems like these films can all succeed in the live-action format, but they will have to prove that their adaptation into this new format would breathe something new into the fold. If Disney can do this, expect many more of these live-action films to be in the pipeline.