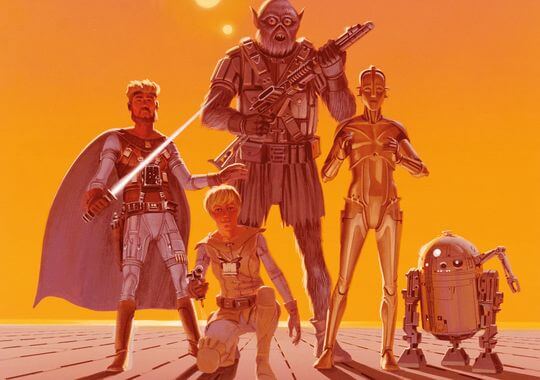 Ladies and gentlemen — the wookiee has won.

Peter Mayhew, the legendary actor who has played Chewbacca in the Star Wars franchise since it opened in 1977, is officially releasing his original script that he received in 1976 via Twitter — of all places. This is all in celebration of the beginning of the filming of Star Wars Episode VIII, which began filming earlier this week.

The Adventures of Luke Starkiller as taken from the Journal of the Whills by George Lucas reads 100% differently than what eventually became Star Wars: A New Hope. There’s a certain charm about Mayhew’s wookiee-coffee-stained thumbprints and overall dirtiness of the script itself that could easily take any fan back to the days when Star Wars grew from a dream to reality.

Check out the released images below and make sure to follow Mayhew at @TheWookieeRoars ! Star Wars: Episode VIII is set for a Dec. 15, 2017 release date. How much do you think will change from now until release? Let us know in the comments below!