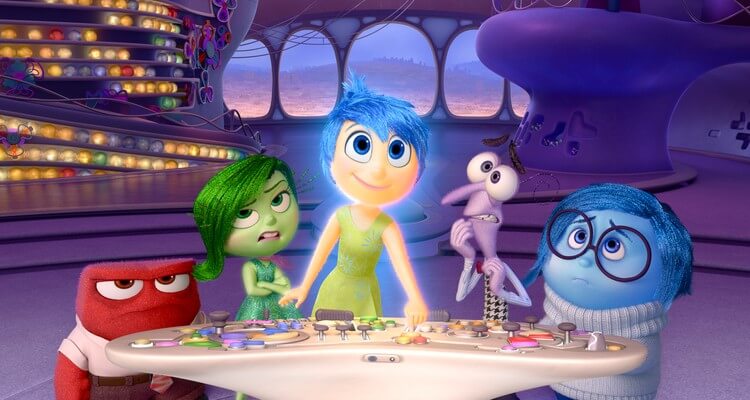 It was Hollywood’s biggest night, and the 2016 Academy Awards saved their greatest twist for the last award of the night. Up until that point, it looked like “Spotlight” had already won its only Oscar of the night. However, the Academy went with the film that spoke to the power of journalism as we embark upon a election year. Even without that angle, “Spotlight” is the special kind of film that can function as both a crowd-pleaser, and still maintain the importance of its subject matter. It is in many ways similar to “All the President’s Men,” yet its placement in the early 2000s reveals a time before the internet had truly become the resource it is today. It was a love letter to journalism, and an incredibly just nominee. Before we get too much further into looking over nominees, let’s review how I did in my predictions. I was able to hit on 14 of 24, with the shorts really hurting my score considerably. The Mark Rylance win was the one I kicked myself the most over, because Stallone’s SAG miss was a clear indicator his candidacy was not as strong as many read it. I, like many pundits, got swept up in the story on Stallone. I also bought in on “The Revenant” as the Best Picture winner, which swayed my call on Editing. I’ll be honest on Sound Mixing, because while I wanted “Mad Max” to win, I thought “Star Wars: The Force Awakens” was the more likely winner here (both “New Hope” and “Empire” won this Oscar). The film won the three it was always going to win, but “20th Century Fox” has got to be frustrated that they didn’t come home with more. They had an excellent Phase I, but their Phase II failed to convert enough voters to make director Alejandro G. Iñárritu the first director to win back to back Best Pictures. His back-to-back Best Director wins make him only the 3rd director in history to do so, joining John Ford and Joseph L. Mankiewicz in the exclusive club.

Speaking of exclusive clubs, Pete Docter was able to become the 3rd animation director with two wins in the category. He joins his fellow Pixar directors, Brad Bird and Andrew Stanton, as the only animated directors to accomplish the feat. It felt like a forgone conclusion coming into the night, but “Inside Out” faced some stiff competition with “Anomalisa” and “When Marnie Was There,” making this race much tighter than many may think. It’s good to see Pixar get its groove back.

They also had a bittersweet night however. I know that many had predicted “Sanjay’s Super Team” to win the category, and “World of Tomorrow” was heavily seen as the challenger. However, “Bear Story” came in for the upset, and again, it was not altogether surprising. The story was not only as inventive as “World” but it carried equal pashion to “Sanjay’s.” The same can be said of “A Girl in the River”. These are both ones I talked myself out of, and really should have stuck with my gut. I also went for an upset pick in Documentary Feature, where “Amy” beat “What Happened, Miss Simone?” in the end. Netflix has to feel the sting here, going home without the Oscar in the category despite two nominees, and without nominations for “Beasts of No Nation.” The “Son of Saul” win felt like a sure thing for a while, and also prevailed in a very tough field. Many of the sure things came to fruition, with “Inside Out” taking animated feature, Brie Larson taking home Best Actress for “Room,” Iñárritu for Best Director, and most excitingly, Leonardo DiCaprio for Best Actor. He’s been plagued by bad luck at the Oscars, missing on nominations for “Titanic,” “Revolutionary Road” and “The Departed”. While he had had five previous nominations coming into the night (four acting, one producing), they were all against tough competition. This year, the weaker field and strong performance made this a no-brainer, and the easiest call of the night.

Obviously Leo will be seen as the biggest winner, but special attention should go to Emmanuel Lubezki. Lubezki has been an iconic cinematographer in his career already, and with the win tonight, he just finished off a three-peat for Best Cinematography. He had previously taken home the award for “Birdman” and “Gravity,” with this year’s Oscar the toughest of the three to win. He also shot “Weightless” for Terrance Malick, which is due out in 2016, so don’t be surprised to see him show up as a potential winner again next year.

Ennio Morricone was also a pleasant win, especially considering his contribution to music in films goes back to the 1960s (he scored many “Spaghetti Westerns” including “The Good, The Bad, and the Ugly” among others). It was one of the sweetest moments of the night, and his win was a great way to validate his career. Vikander’s win was also nice, but felt like more of an award to validate her year, as opposed to this singular performance. After all, “Ex Machina” was beloved by many. Speaking of which, “Ex Machina” may have been the most out of left field choice for Visual Effects. Not only did it cause “The Force Awakens” to head home empty handed, but the effects in the film are minimal. They definitely enhance the film greatly, but it was still weird to see the film take home the prize. It was never going to win screenplay, so they may have funneled the strong support for the film into this category.

Finally, “Mad Max: Fury Road” ripped off a string of victories that made many consider the film as a potential upset pick by the end of the night. It not only took home editing and both sound awards, but carried make-up, costume, and production design. It was my favorite film of the year, so seeing it leave tonight with six Oscars was exciting. However, it never truly felt like our Best Picture winner, if for no other reason than it’s inability to connect with some older viewers. It was fun to see it take its prizes where it could, in many ways this was the peak the film was ever going to get when it came to the Academy.

Overall, it was a fun night to watch the Oscars, and Chris Rock guided it along pretty well. While the middle of the show continues to drag, the show was able to entertain and live up to the controversy surrounding it. There is still a ways for the Oscars to go in order to reconnect with audiences, but it seems like they were able to engage with the culture that surrounds them in a productive way tonight. In the future, it will be exciting to see more diverse films highlighted and showcased, with the potential to get more animated films into Best Picture, as well as more diverse subject matters.