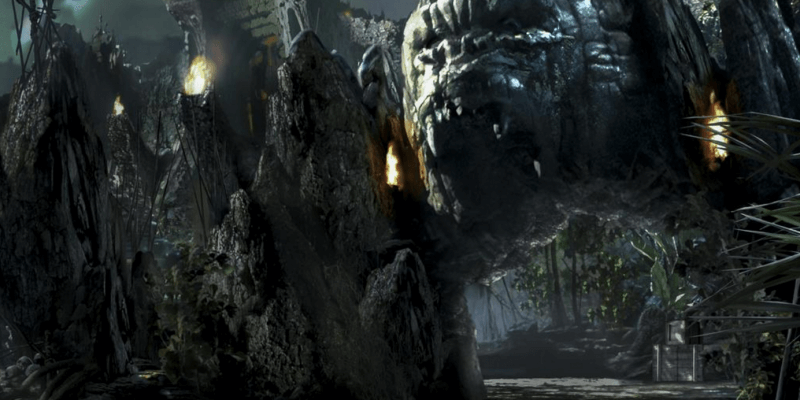 Universal Orlando has posted more details on Skull Island: Reign of Kong that is set to open at Islands of Adventure this summer. The ride will take guests to Skull Island, the home of Kong, in what is being promised on the site as “the monstrous new ride for your life”.

“Live the brutal struggle of a 1930’s expedition that’s caught in a clash between prehistoric predators, man-eating beasts and the most colossal ape ever to walk the earth—King Kong. Around every thrilling turn, ferocious monsters fight for dominance, while you just fight to survive. It’s the multi-sensory, multi-dimensional ride for your life.

Enter the ruins of a primal realm and journey into the dark heart of an island filled with untold dangers. Vicious, ancient predators and unspeakable monstrosities rip into your crew and swarm from every side. Then, in an act of sheer ferocity — or monstrous bravery — King Kong charges between you and certain doom with an earthshaking fury. With each thundering roar and each chest-pounding thud, one colossal truth comes clear: This is his home, his kingdom. Only he reigns.”

This new attraction will feature many similar effects that King Kong 360 3-D ride at Universal Studios Hollywood, but is expected to have some updated enhancements.