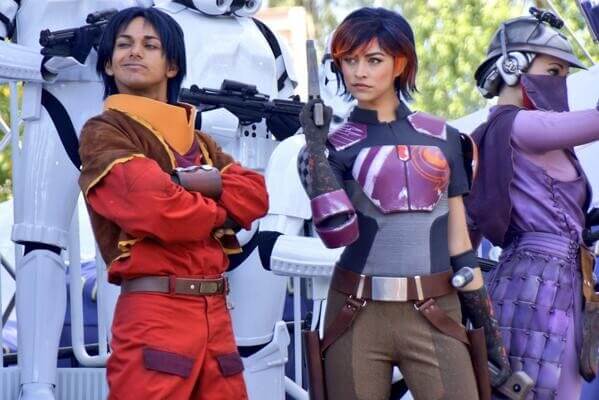 A job listing on DisneyAuditions.com has revealed that Walt Disney World is planning on hiring lookalikes for a new “Star Wars Rebels” meet and greet opportunity.

Auditions for actors wishing to portray Ezra Bridger, a teenage boy at the heart of the hit TV show who is strong with the Force, and Sabine Wren, a savvy fighter who also has an artistic side, is scheduled to take place next week. Disney is looking for these potential cast members to be able to begin work within 3-4 weeks of the audition.

These new “Rebels” characters could either replace or rotate with Chewbacca, though the job post only states that they will be used for “upcoming special events held at Walt Disney World” and that these performers will “have the opportunity to bring to life the world famous Disney Characters in meet and greets across our Parks and Resorts”. Both Ezra and Sabine, along with their fellow Rebels, have previously appeared during Star Wars Weekends events at Disney’s Hollywood Studios.

Further details once confirmed will be passed along here on Inside the Magic.