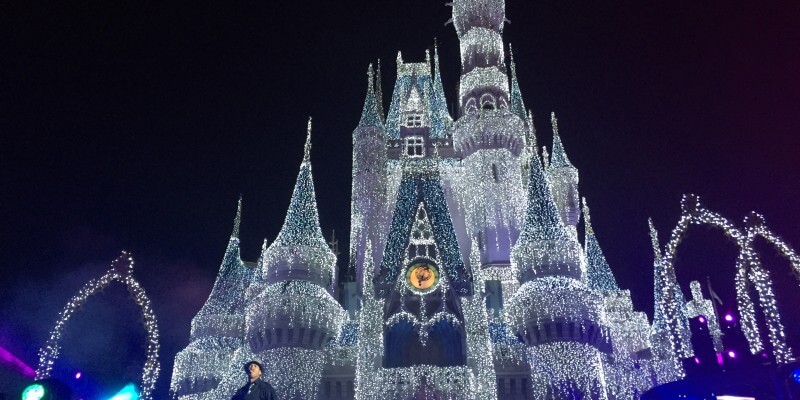 There’s celebrating and good cheer surrounding every New Year’s Eve party, but none as magical as the ones that happen at Walt Disney World. On the eve of 2016, the skies above the vacation kingdom will erupt with spectacular and dazzling firework displays at Epcot, Hollywood Studios and here at the Magic Kingdom. Watch the video below from last night’s “pre” New Year’s Eve celebration as they get ready for 2016.

Each year the Magic Kingdom celebrates New Year’s Eve twice, offering its guest the chance to see and experience the spectacle of what it’s like to participate in the countdown with Cinderella Castle as the backdrop. This is the only park that offers a two night “themed”  firework experience, and additionally this same practice takes place on July 3rd showing off the 4th of July fireworks two nights in a row as well.

Think of it as Disney’s best kept secret, even though it’s most simplest intention is to manage the crowds as they decend upon the park. Helping to alleviate capacity issues while giving guests the sweetest treat of celebrating New Year’s twice while on vacation. If you’re visiting Magic Kingdom, or the surrounding resorts on the monorail loop, you’ll be treated to a coordinated dual display of fireworks both behind the castle and from the center of the Seven Seas Lagoon. The skies will light up with number shaped fireworks giving down the countdown with a ful 360° display once the clock hits midnight.

Have an amazing close of 2015, and keep following Inside The Magic for more fun in 2016.