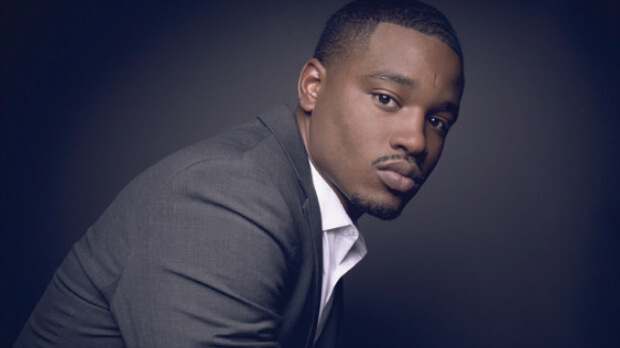 The release of the “Captain America: Civil War” trailer last week brought us our first look at the Black Panther. The African superhero has been a staple of the Marvel comic universe since the 1960s, and was even created by legendary artist/writer Jack Kirby. We broke down his importance in our character primer last week, and this week, we may finally be hearing some news on his solo movie.

According to The Hollywood Reporter, Marvel has entered negotiations to lock up Ryan Coogler as the director for the “Black Panther” solo film, set to release in 2018. For most, Coogler’s greatest accomplishment to date is his film “Creed,” which many considered a redundant movie while it was in production, but has instead struck a chord with audiences. It opened to a $29.6 million on its opening weekend, and already has banked $54 million before it’s second weekend. Combined with the Oscar talk that surrounds the film, it will tough to imagine the film doesn’t finish with over $100 million before the end of its run, and potentially become the highest grossing film in the Rocky series. Coogler is one of the fastest growing talents in directing, and was instrumental in bringing the death of Oscar Grant to life in the 2012 film “Fruitvale Station.”  His ability to move from a zeitgeist driven drama into a franchise was impressive to say the least. As one of the young and talented African-American directors on the rise, he has been able to tell incredibly personal and important stories that inspire young filmmakers.

Just a couple of weeks ago, Coogler spoke with Screen Rant about the importance of a black director being chosen to helm the Black Panther movie. ” Yeah, I think it’s important. Perspective is so important in art. It’s an important thing. That’s not to say that you can’t work outside yourself. When I was coming up, I made movies about things that were close to me; I made movies about things that weren’t close to me…So I think that there is a potential for a greater truth when a filmmaker comes from a particular culture that they’re dealing with. That’s not to say that a filmmaker can’t work outside his or her cultural space. But I do believe that the opportunity for the film to have more nuance will come when you looking at filmmakers that bring a little bit of that from their personal experience.”

Coogler has been able to handle extremely heavy dramatic moments, as well as intense action sequences. Many scenes in “Fruitvale Station” come to mind, as well as the tracking shot in “Creed.” But Coogler is a subtle storyteller as well. As Chris Ryan and Andy Greenwald discussed on the Channel 33 podcast, Coogler was also able to layer in story into the backgrounds of frame, and tell a more complex story than many would have expected.  These are skills that will all come in handy when bringing to life the Black Panther. Part of his uniqueness lies in his communication style, and working with negative space will be huge for Coogler in this endeavor. Finally, with the film not due out until February of 2018, they’ve still got some time to put together a stellar cast. That said, we already know Chadwick Boseman will headline as T’Challa, giving Coogler another great actor to step into a lead role. Variety reported in October that Joe Robert Cole would write the film, making him the second writer to emerge from Marvel’s in studio writing program (the first Nicole Pearlman for “Guardians of the Galaxy”). It remains to be confirmed, but Andy Serkis seems like he will likely return in some capacity as Ulysseus Klaw (sans a hand) after the events of “Avengers: Age of Ultron.” With T’Chaka and other characters likely to be cast, it’ll be interesting to see how the film comes together.

“Black Panther” is set to release on February 16th, 2018. Ryan Coogler will direct, and the film will star Chadwick Boseman.