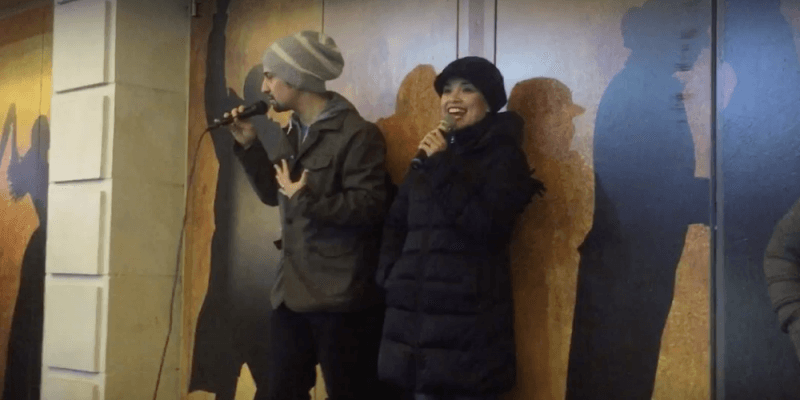 One of the hottest tickets on Broadway right now is Hamilton, a musical about the biography of Alexander Hamilton. Creator and star Lin-Manuel Miranda was joined by the Tony award winner Lea Salonga for a pre-show sing-a-long on the sidewalk in NYC on Wednesday.

The song of choice? “A Whole New World” from Aladdin.

“Ham 4 Ham” is the unofficial Hamilton pre-show where cast members and other Broadway stars perform for fans waiting in line for the ticket lottery.

Salonga, known for her voice as Princess Jasmine, is currently starring in Broadway’s Allegiance. Miranda, known for his ability to infiltrate hip-hop into musical theater, is currently writing music for next year’s animated feature Moana, a South Pacific adventure tale.