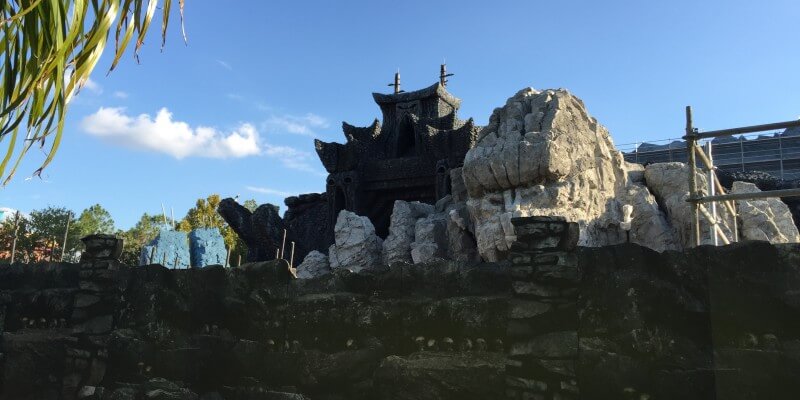 As The Incredible Hulk Coaster comes down, something new is rising at Islands of Adventure.

Tucked between Toon Lagoon and Jurassic Park, Skull Island: Reign of Kong continues to shape itself in what will surely become another innovative world class attraction. The size and scope of this project is massive, the show building is ridiculously gigantic and yet we still know very little about this project other than its going to be HUGE. And quite possibly, that’s the best part. For an attraction this grand, maybe its best to keep things quiet until opening day.

So until then, we’ll just continue to follow its progress as the King makes his triumphant return to Orlando. 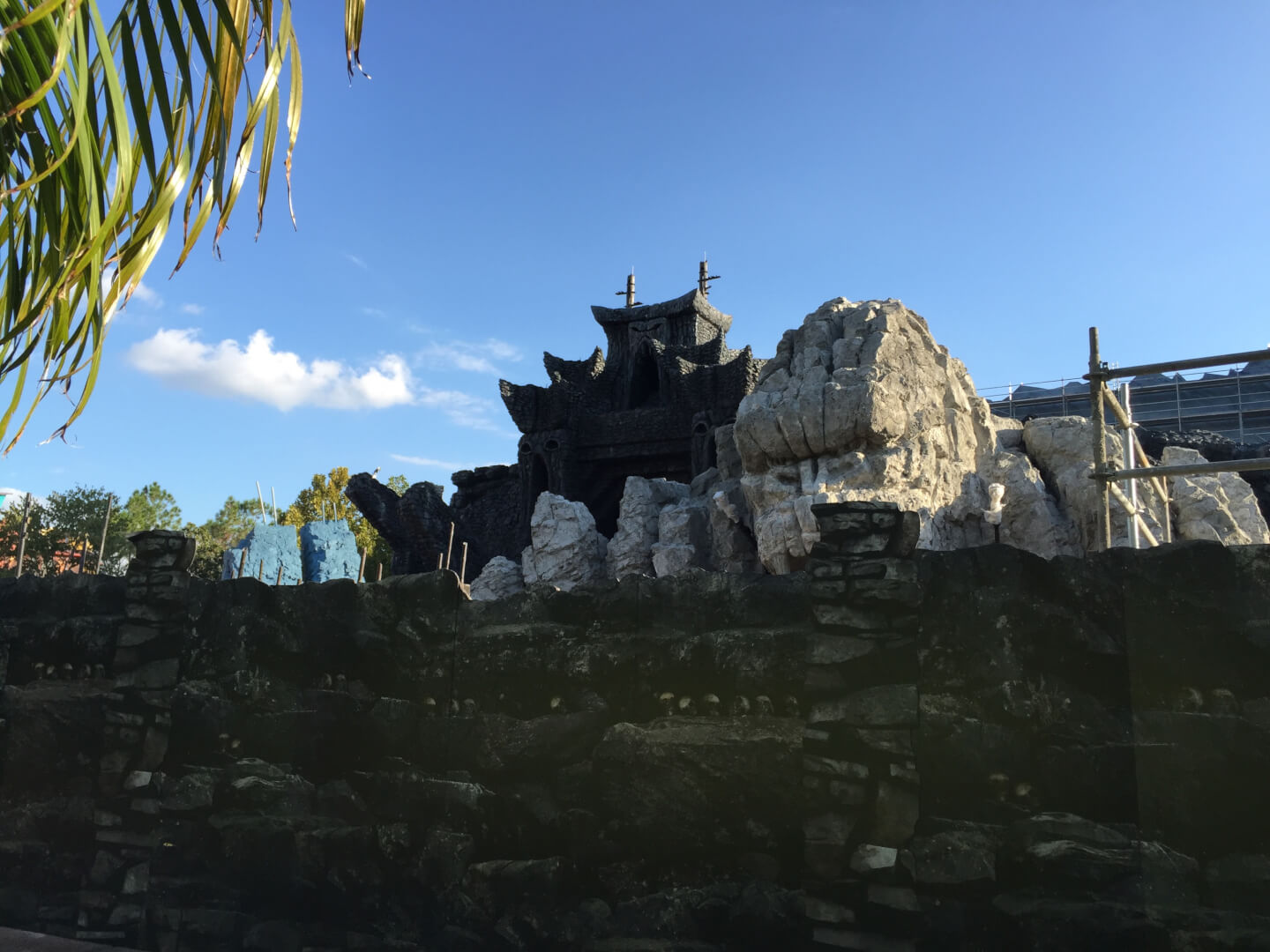 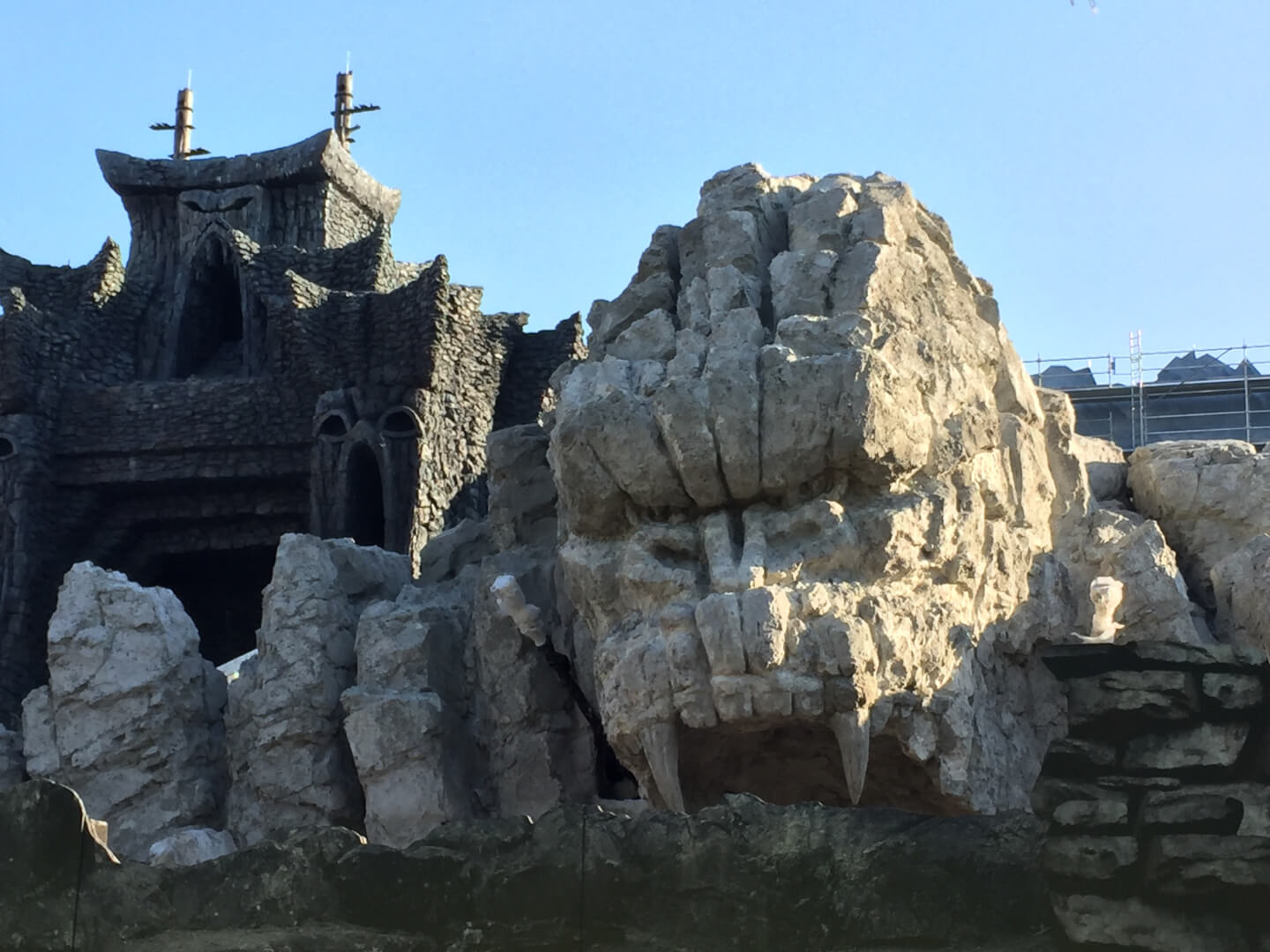 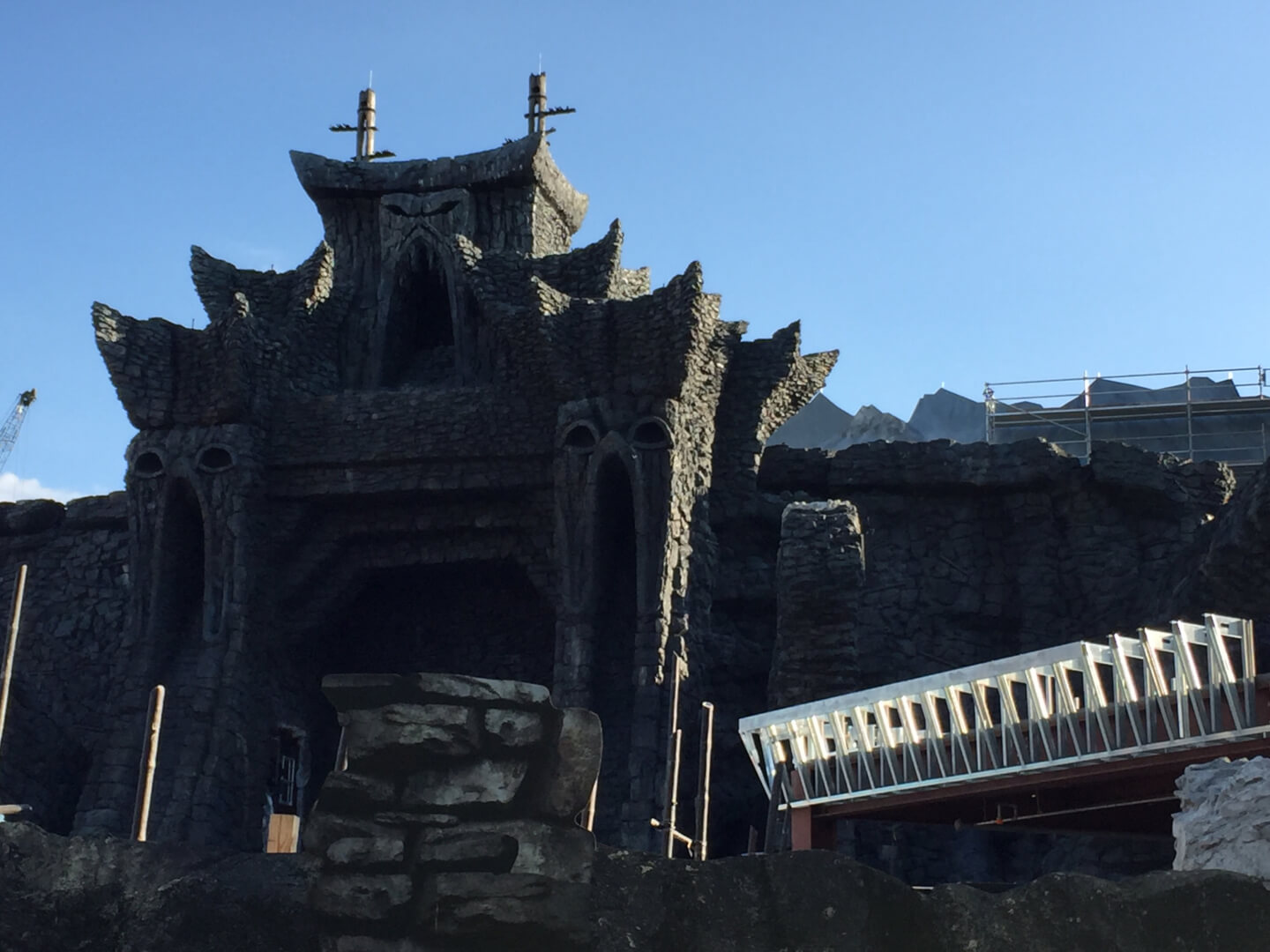 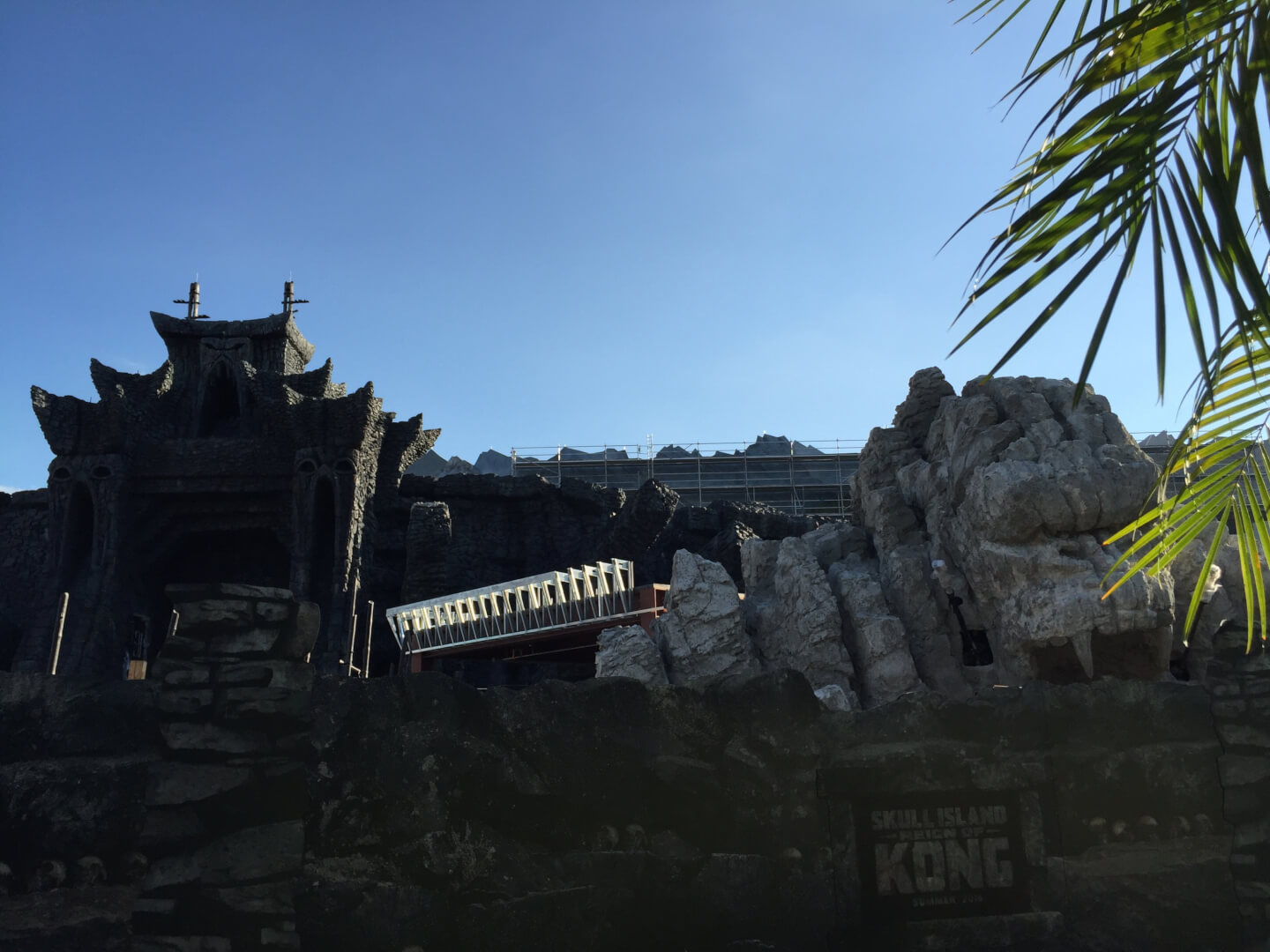 The footprint of this attraction, as you can see, is massive. And with the detailed sculptured rock work that’s been going on, this attraction is shaping up to bring another dynamic level of immersion. 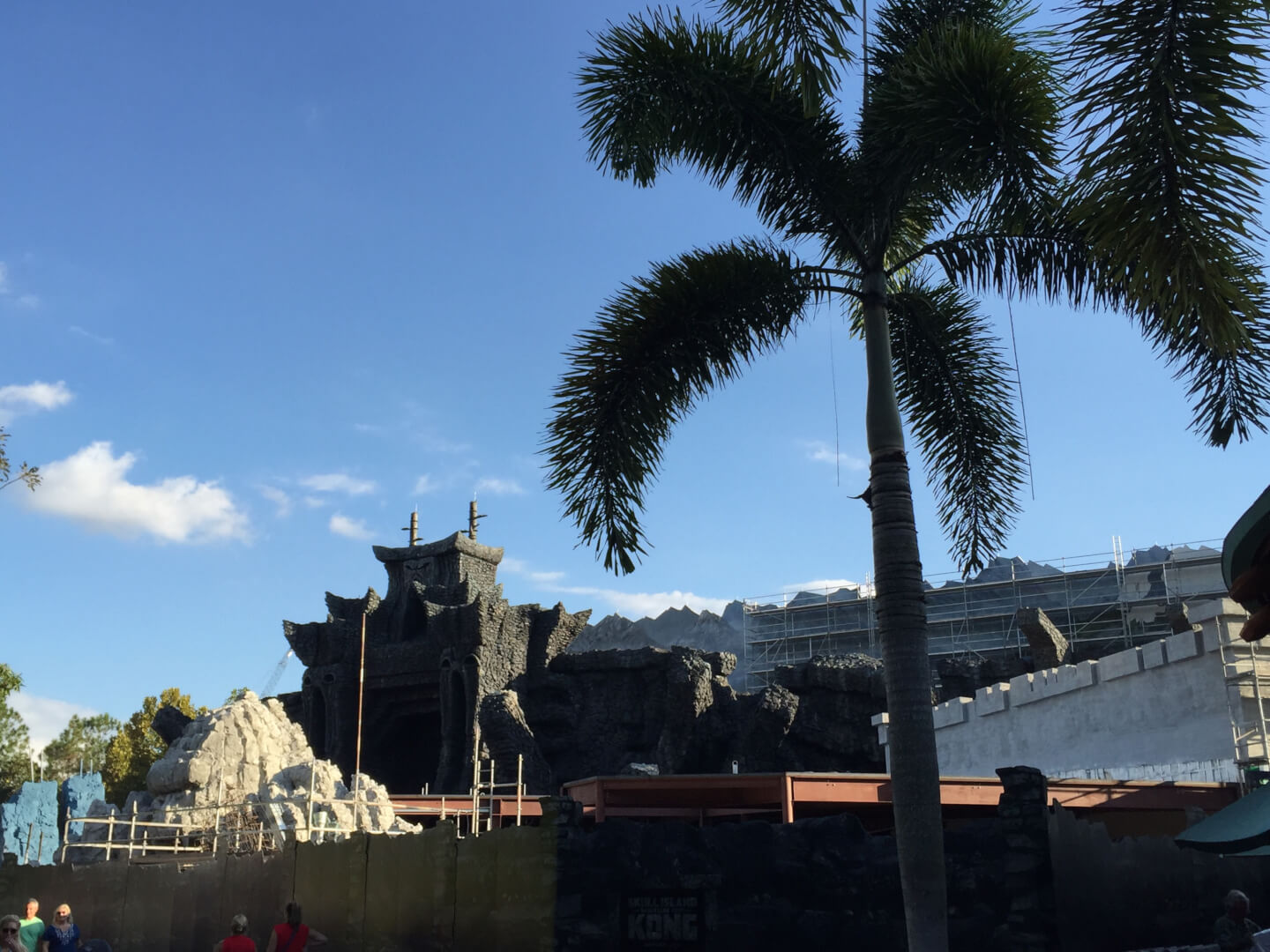 A birds eye view of how progress is coming along from the neighboring Camp Jurassic play area. 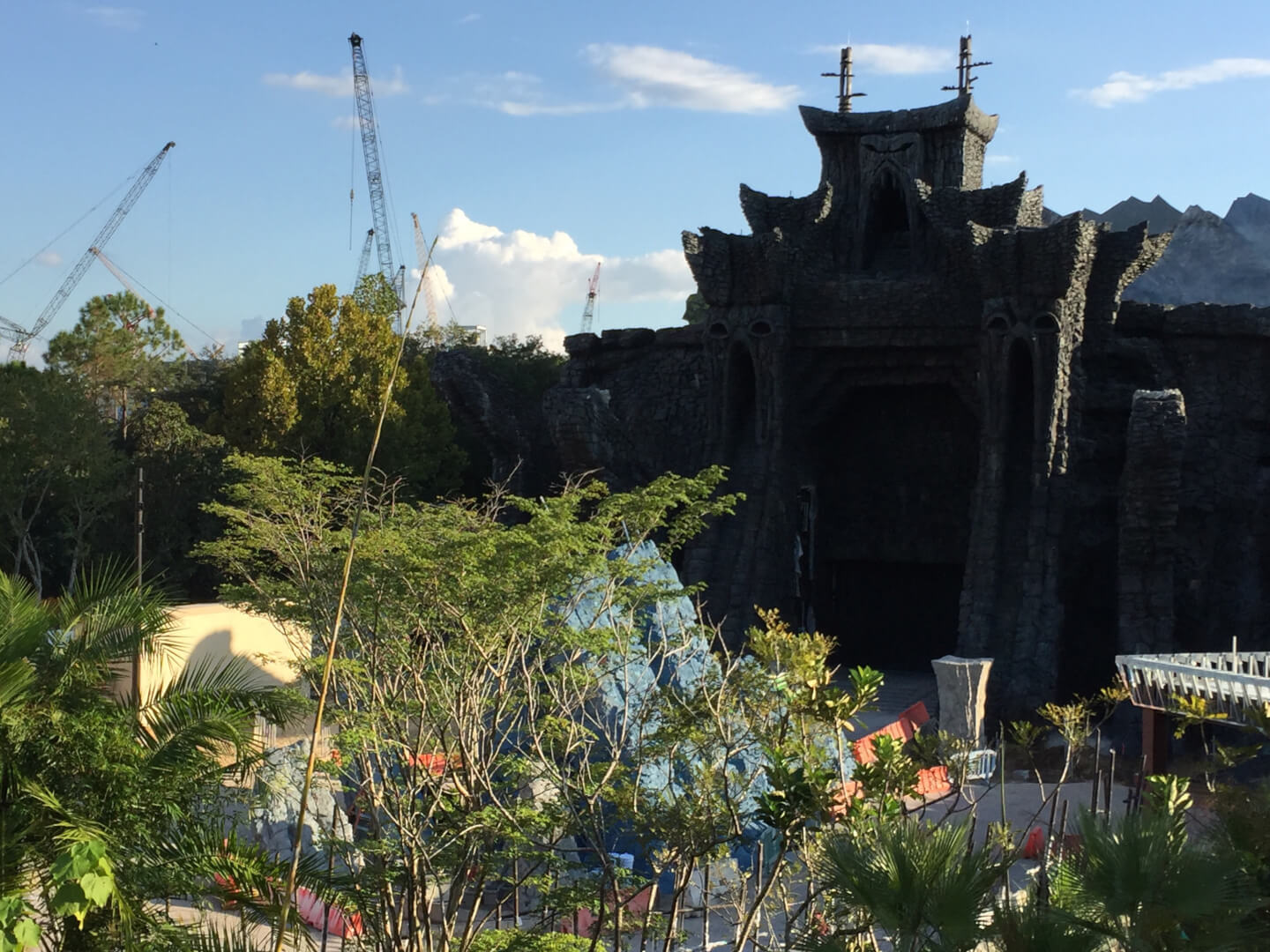 For an attraction this grand, maybe its best to keep as many details as quiet as possibly until opening day. But as the date get’s closer, and more thematic elements pop up, it makes you wonder what exactly is the course this ride will take. When looking at original concept art, you’ll see the massive gates where ride vehicles (reportedly 40 feet in length) will drive towards. Assuming these are the gates holding Kong deep inside Skull Island back, based on the resemblance to the 2005 film, you start to question if the concept art depicts the scale of this attraction accurately.

See for yourself. Below you’ll find the original concept art provided by Universal Creative. 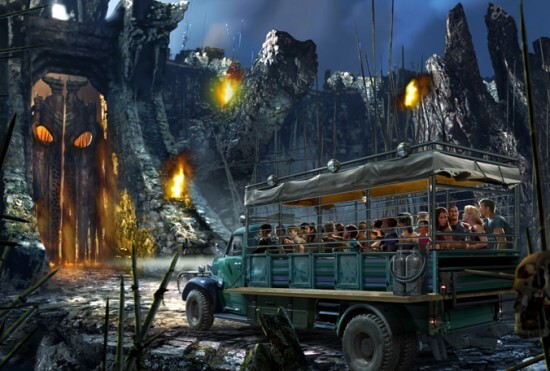 Now take at look at this little mockup we created. When lightening the photo taken from Camp Jurassic, you can see the absolutely massive size of the gates. There’s no word if they will be functional, maybe just the lower portion that’s darker than the rest, but we’ll find out in a few months time. The size is what’s most impressive to say the least. Now if you want to estimate the height, look at the orange barricades leading up to the gates. The maximum height I’ve found for these type of barricades are 54″ tall, but the standard sizes online is listed at 52″ being the most common. Thats just over 4 feet tall, which makes it safe to say these gates are 2-3 stories in height. 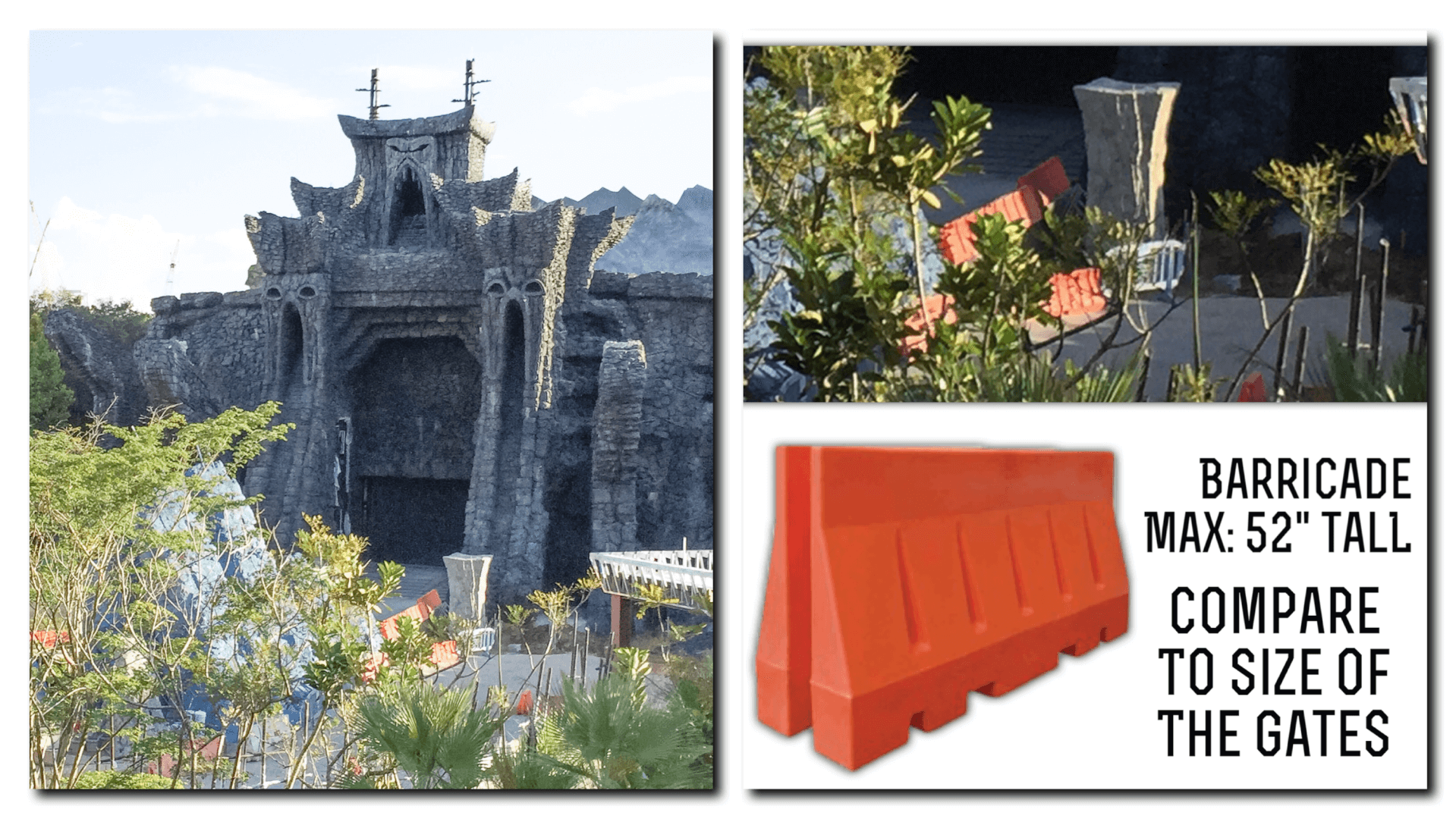 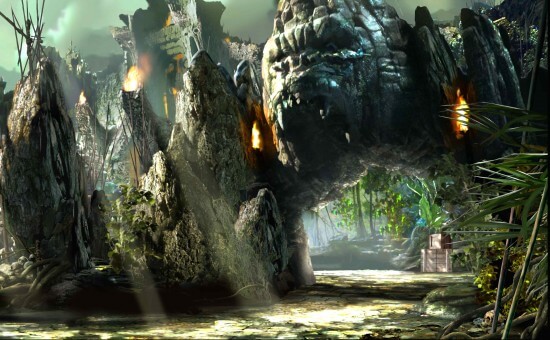 There you have it. The latest update on Skull Island: Reign of Kong. This attraction is scheduled to open in Summer of 2016 at Universal Orlando’s Islands of Adventure Theme Park. As work continues, keep following Inside The Magic for more updates as they become available.