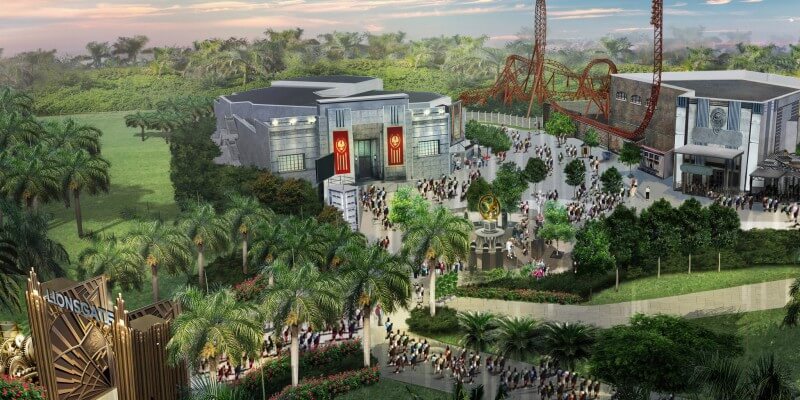 Several weeks ago the film studio Lionsgate announced a partnership with Dubai’s upcoming Motiongate theme park (formerly to be known as DreamWorks Studio Theme Park) that would include a themed area and attractions based on the massively-popular “Hunger Games” series of movies and books.

Now we’re finally getting some details about what kind of Hunger Games rides we can expect when the park reaches its target opening date of October 2016. A press release from Dubai Parks and Resorts specifically cites two attractions: one “an immersive adventure which will take guests through the Capitol on board a hovercraft to see the world of Panem” and the second “a launched roller coaster which transports guests from District 12 to the Capitol via a super high-speed Capitol bullet train.”

The Lionsgate area will be one of the park’s five zones, which also include DreamWorks, Sony Picture Studios, Smurfs Village and the park’s “Main Street,” Studio Central. And Lionsgate itself is also in the planning stages on expanding its theme-park presence to include locations in both China and Atlanta here in the United States. Chances are that similar attraction designs will be used across those parks as well.