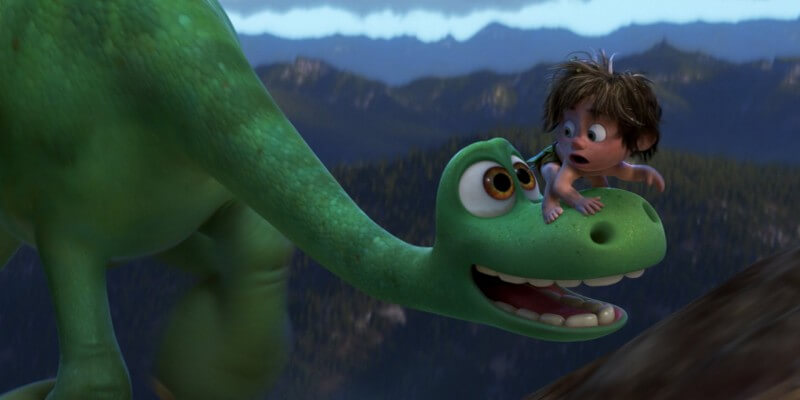 Pixar, in partnership with Disney, has been churning out high-quality animated feature films for twenty years now, at an average of almost a movie per year. That kind of prolific success rate is almost unheard of in Hollywood, and for a while it seemed as though the studio was infallible. Between the universally-beloved “Toy Story” trilogy, and the decade that saw the release of critical favorites and box-office hits “Monsters, Inc.,” “Finding Nemo,” “The Incredibles,” “Ratatouille,” “WALL-E,” and “Up,” it’s simply amazing that one mostly-autonomous creative trust could achieve such an unimpeachable track record.

It’s unfortunate, then, that these days going to see a Pixar movie can feel like a bit of a gamble. In fact, were it not for this past summer’s much-adored international smash “Inside Out,” the past five years’ worth of Pixar releases could almost be called middle-ground—relatively uninspired sequels mixed with moderately-pleasing adventure stories that feel like they could have been generated by any major studio’s animation department. One could say Pixar taught its own audience to hold it to a higher standard, and when that standard is not met, a Pixar movie can’t help but feel at least a little disappointing.

Such is the case with “The Good Dinosaur,” the fun but uneven tale of an alternate timeline where dinosaurs were not rendered extinct by an asteroid, and instead survived long enough to develop agrarian skills (yes, the dinos in this movie are corn farmers) and to interact with early man. This story centers around a young Apatosaurus named Arlo (voiced by Raymond Ochoa) born to a tight-knit, hard-working family whose only priorities are to keep their homestead secure and producing enough food to last through the coming winter. After the patriarch of the family (Jeffrey Wright) is suddenly killed in a storm while helping to pursue a pest who’s been eating their crops, Arlo finds himself swept away in an attempt to finish what his father started, and winds up lost and afraid, longing to find his way home.

It’s a story with a lot of familiar beats, many of them lifted directly from other, more effective Disney features (most notably, “The Lion King,”) but “The Good Dinosaur” is not entirely without its own unique charms. It’s the kind of free-form road movie that Pixar hasn’t really tackled before, and for a studio know for it’s Swiss-watch approach to story structure, it’s admittedly sort of refreshing to see Pixar let a finished movie throw everything at the wall to see what sticks, even if that means a lot of flab wound up in the final product. There are no less than half a dozen scenes from Arlo’s journey that could have been lifted entirely and placed fittingly in the “deleted scenes” section of the eventual blu-ray release without affecting the plot, but then we’d miss out on some of the movie’s weirdest and most risk-taking moments, like a bizarre interaction with a kooky Styracosaurus known only as the Pet Collector (voiced by director Peter Sohn) and a scene that surely surpasses Dumbo’s pink elephants and Winnie the Pooh’s Heffalumps and Woozles as the trippiest thing to ever come out of a Disney movie.

The problems arise when “The Good Dinosaur” begins to display its inconsistency in tone. The film is clearly targeted at the lower-age-level bracket within the wide spectrum of Pixar’s audience (in premise and simplicity of themes it’s definitely more “Cars” than “The Incredibles,”) and yet it features some incredibly dark and frightening imagery, not to mention a few unsavory characters that are likely to give toddlers nightmares. It’s also fairly muddled when it comes to delivering its own message—at some points it’s a half-baked meditation on overcoming one’s own fears, at others it’s a tired retread of the same “family is most important” moral we’ve seen dozens of times over. The over-long first act is also a bit of a slog to get through, as watching the family work the farm begins to feel like work itself, and once Arlo sets off on his adventure the movie feels more like a collection of moments than a cohesive whole.

On the flip side of that coin, however, some of those moments are truly breathtaking. I have to say that Pixar’s visuals have reached a level of photorealism that boggles my mind. There are shots in this movie (particularly the ones without any of the deliberately-cartoonish-looking animal characters) that are so convincing to the eye that if I didn’t know better I’d swear they were shot live-action with an ultra-HD camera, and the landscapes are uniformly gorgeous even when we know they can’t be real. There are also a handful of big laughs and a few touching moments between Arlo and his companion, a feral human boy named Spot (Jack Bright).

All in all, I’d say “The Good Dinosaur” is a mixed bag. There’s fun to be had here, and kids will likely want a stuffed Spot or Arlo to take home for themselves, but beware the more disturbing moments and be prepared for especially-younger viewers to get antsy during the movie’s first half-hour, before the momentum picks up. And though it’s admittedly difficult to divorce my opinion from the knowledge of behind-the-scenes production trouble and delays, I ultimately don’t think “The Good Dinosaur” will rank among Pixar’s most memorable efforts. Aside from falling short of that lofty goal, it’s a reasonably-enjoyable romp that will certainly keep your family entertained over the holidays.