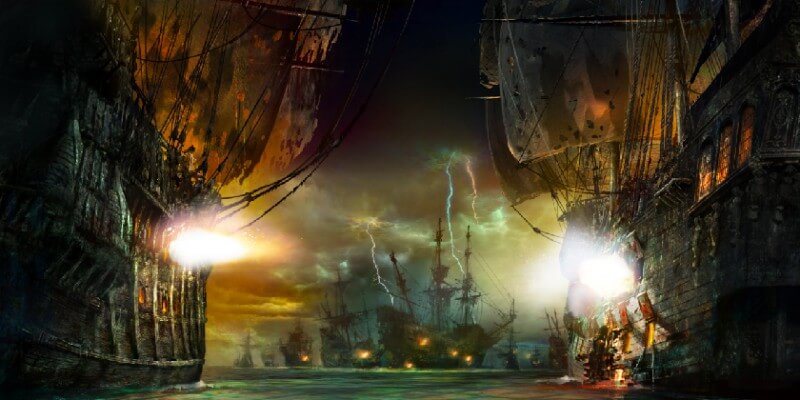 Shanghai Disneyland is getting a whole land solely dedicated to pirates with a harbor town-themed Treasure Cove, and the flagship attraction of the land will be Pirates of the Caribbean – Battle of the Sunken Treasure. This Pirates of the Caribbean boat ride will be quite different from any POTC ride we have seen before and feature a whole new story.

As you can see from these newly released pictures from the construction of the ride guests will be put right in the middle of the battle between two ships. A lot of new technology will be present in this new attraction including new movements for the boat and some kind of “underwater” feature.