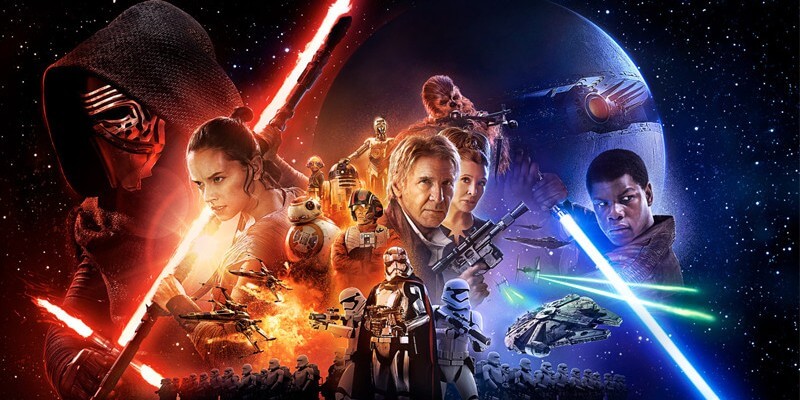 For most Star Wars fans, the process of attending an opening night screening starts when they begin to build their cosplay. For years, fans of the series have been able to construct accurate costumes based on their favorite characters. The final scene of the 2009 Fanboys had the entire cast wearing costumes for the premiere. The concept is far from new, but if you are choosing to dress up for your Star Wars premiere, make sure you check with your theater first.

Recently, news began to circulate that two of the three largest theater chains in America, AMC and Cinemark, have officially banned moviegoers from wearing masks, face paint or bringing simulated weapons into the building. The simulated weapons provision specifically bans lightsabers and blasters from the showings. The masks will likely extend to Chewbacca, Vader, and for the more optimistic fans, Kylo Ren. To say this policy is controversial might be a bit of an understatement. Dressing up and cosplaying for Star War releases has long been considered a tradition within the community. One needs to look no further than Star Wars Weekends or their local comic convention to see how popular this tradition is.

The New York Times is reporting that the film has already sold out approximately 1000 shows, with several theaters opening for a full 24 hour run in order to accommodate demand. Fortune also reported that over $6.5 million has been made in IMAX sales alone. Most of these sales occurred after the Monday Night Football Trailer that officially announced tickets were on sale. With many people more concerned with getting their tickets to the premier movie event of the year, few were concerned with this policy.

At this point Regal Cinemas, the largest theater chain in America, has not commented on their policy for the shows. However, as Hitfix pointed out, after the Dark Knight Rises shooting in Aurora, Colorado, Regal banned all simulated weapons from their theaters. With the other two large theater chains already making their claim, it seems likely that Regal will follow suit. With the new policy in place, I guess we’ll have to leave our Boba Fett armor at home.