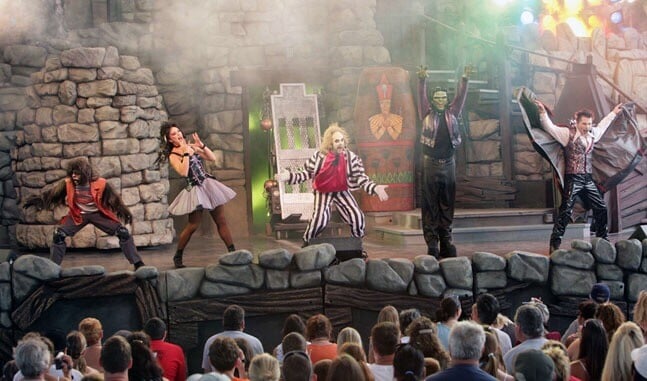 Beetlejuice! That’s his name, but if you beg him to stay, the ghost with the most may just stick around a little while longer. And that’s exactly what Universal Orlando Resort just announced. The fan favorite “Beetlejuice’s Graveyard Review” is getting a longer lease on life.

The demand to keep Beetlejuice around has been huge, and Universal took note by listening to their fans. Granting one final wish, the show will now run until January 5th, 2016.

It had been previously scheduled to close permanently on December 2nd with an exclusive 5:15pm passholder show on that final day. That passholder show is still happening but it too has been rescheduled for January 5th, 2016.