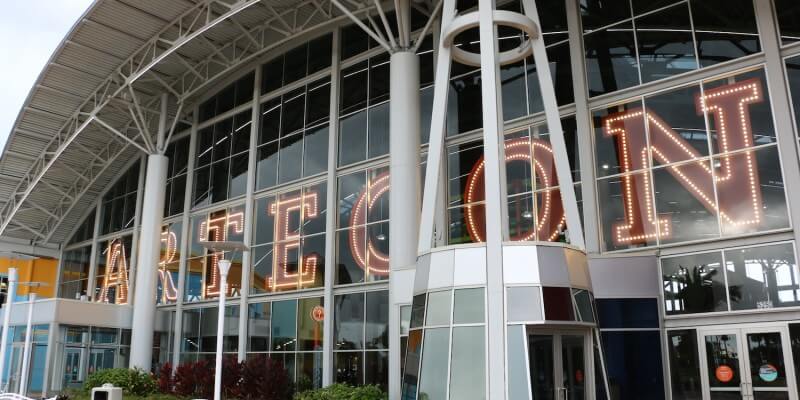 Following their recent announcements of upcoming new entertainment and culinary offerings, Artegon Marketplace Orlando has revealed plans on how they intend to transform their shopping plaza into the “anti-mall” as they reach their first anniversary. A week-long line-up of free admission festivities is planned, dubbed Artegon’s Anti-Ordinary First Anniversary Spectacular. It begins Monday, November 16 with a free wine stroll with a guest appearance by one of the Real Housewives of New Jersey. Following nightly are special events including from a movie night and food truck rally, ending Saturday, November 21 with a free live concert hosted by Joey Fatone. It’s all part of Artegon’s desire to have Orlando see them a little differently than all the other local malls. Their aim is to really emphasize the “art” of shopping, with an emphasis on local artisans and businesses along with unique entertainment that can’t be found anywhere else in a city that seems to have it all. Those who visited Artegon during its first year of operation may have noticed it didn’t feel like a typical mall, but also wasn’t quite sure of its identity yet. It stuck its local business booths in “cages” in an attempt to capture a unique industrial feel. But fortunately they realized the perils of that aesthetic, now replacing them with unique storefronts and facades, custom built for each shop owner. The result is a fun, eclectic mix of sights that are attractive to visitors. More unique features include the ability to send free postcards (yes, free postage and all) to anywhere in the world and even a chance to recharge mobile devices while getting some exercise, literally powering electronics with human force by pedaling. There’s even a new massive video and photo studio that’s almost completely solid white, perfect for shooting just about anything, open for amateurs and professionals alike. Attendance has clearly picked up at Artegon as they find their niche in Orlando. It’s more interesting than its predecessor, Festival Bay, ever was and has great potential to become Orlando’s most unique shopping and entertainment district outside of the city’s famous theme parks. And an emphasis on culture and art is exactly what this city needs to be more than just a haven for tourists. Find out more about the upcoming anniversary celebration at ArtegonMarketplace.com.