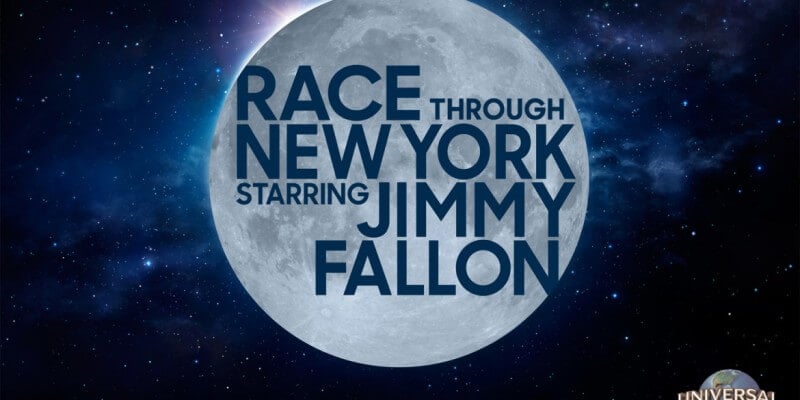 “Race Through New York Starring Jimmy Fallon” will replace “Twister…Ride It Out”, which will close Nov. 2.

As for what to expect, the official Universal Studios blog has more:

So, what’s the attraction going to be like? I can’t tell you everything, but I can tell you our team found inspiration in the outrageous celebrity races that have become one of the most popular segments of Jimmy’s Tonight Show. The source material already features a wild and crazy ride almost every week! And since Universal Studios Florida has long been famous for placing guests in the middle of their favorite movies and TV shows, we thought it was a perfect fit.

Soon, you will get the full Tonight Show experience as you make your way to the fabled Studio 6B for a very special taping in which Jimmy challenges his studio audience to the ultimate race through the greatest city on earth.

You’ll rocket through the streets—and skies—of New York City, from the deepest subway tunnels to the tallest skyscrapers, encountering colorful characters, famous landmarks and anything else that comes to Jimmy’s mind—and “that is some weird, wild stuff,” to quote an iconic previous host.

We’ll have more info on the attraction as it comes in.