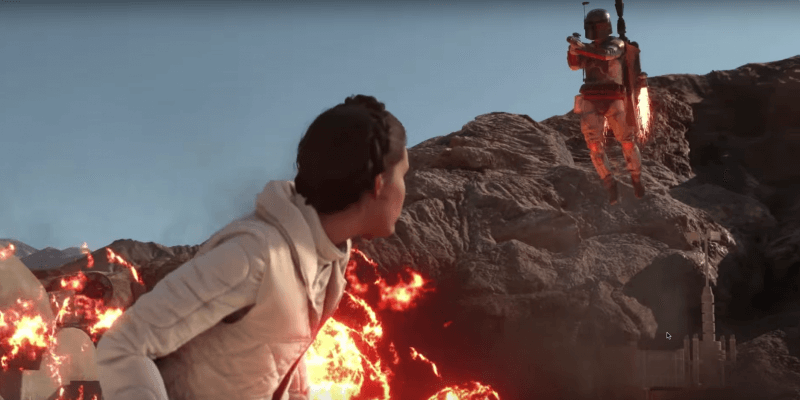 Another eagerly-anticipated “Star Wars” trailer was released Tuesday, this by Electronic Arts for their upcoming “Star Wars Battlefront” video game.

Bursting with photo-realistic environments from planets in a galaxy far, far away including Hoth, Endor and Tatooine, it’s the mishmash of characters and their fighting abilities that will make the multiplayer game a unique playing experience.

And yes, this one clearly features Luke Skywalker, this time locked in a duel with Emperor Palpatine, as well as Han Solo, who tries his luck with Darth Vader (again). We also see bounty hunter Boba Fett attempting to ambush Princess Leia and some Rebel soldiers before he almost carelessly falls into the Sarlacc Pit (again).

The game will be released on all current next-gen consoles and PC on Nov. 17.