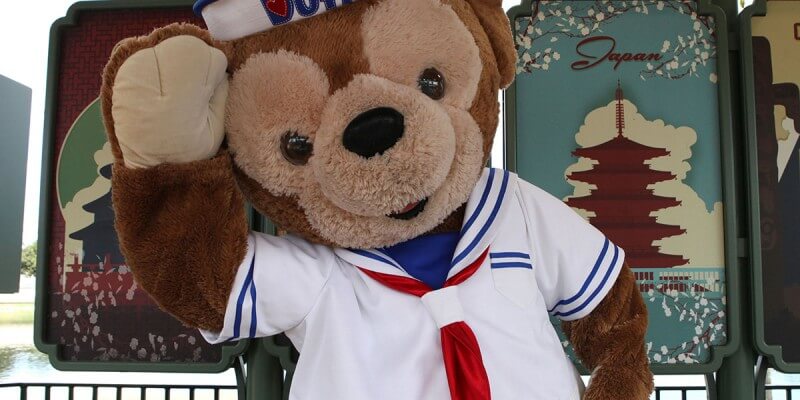 Duffy, the Disney bear was transplant to Epcot at Walt Disney World from the Tokyo Disney Parks, where he had been a popular character for a long time. The trusted friend of Mickey Mouse, Duffy was a world traveler and a character that Disney had hoped would inspire lots of merchandise purchases. Unfortunately the Duffy trend never really caught on as well in the US Disney Parks, even though he faithfully switched outfits for every season. Introduced as a meet and greet character at Epcot in 2010 the cuddly bear is now making his final appearance on Oct 3, 2015, Walt Disney World officials have confirmed.

Duffy will be replaced by Daisy Duck in the same World Showcase meet and greet area on Oct 4.