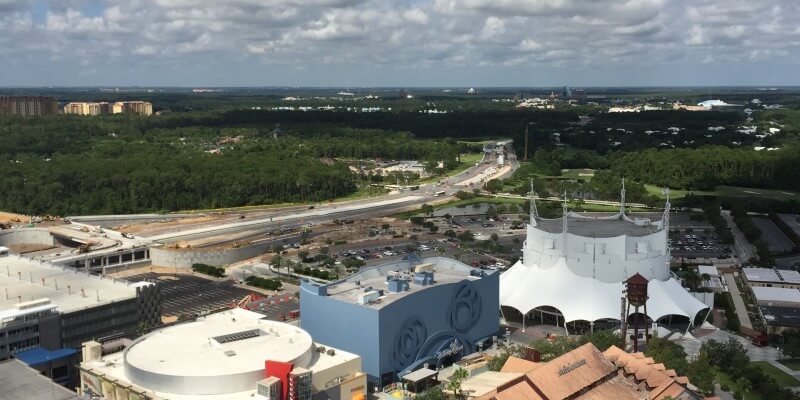 It comes to no surprise that visitors to Downtown Disney have been impacted with a flurry of construction taking place, all to increase the footprint and transform the retail, dining and entertainment destination into an entirely new experience that will be called Disney Springs.

Some of the old has stuck around so far: But there is enough new to disorient anyone who hasn’t been to Downtown Disney in a few months. Disney Springs is moving in fast.

Since the announcement came across in March of 2013, we’ve seen a lot of progress happen to the three neighborhoods of Downtown Disney. The marketplace has seen the loss of Cap’n Jacks and the former boat dock, but has gained a fire breathing volcano, new dockside margarita bar, Starbucks and expansion of the World Of Disney retail store. The West Side and Pleasure Island are where most of the visible changes are taking place, with parts of both now the least bit recognizable from their former self. The famous Pleasure Island venue, The Adventure’s Club, has finally been gutted and the transformation to become “The Edison” is underway. This new restaurant and bar, themed to a lavish 1920’s “Industrial-Gothic” style, will surely become one of the hottest nighttime destinations in all of Orlando with additional world class offerings on their way to occupy former nightclub hot spots as well; Morimoto Asia and STK just to namedrop a few. A trip up in the Characters in Flight balloon offers a great view of all the changes. The entire makeover is planned to develop into 2016 when construction will conclude at some point that year. The “pre-makeover” Downtown Disney had around 75 shopping, dining and entertainment offerings and when all’s said and done, Disney Springs will have doubled that number to over 150. Most noticeably with the completed construction is the first of two parking garages that upon completion will have increased the parking capacity by around 6,000 spaces.