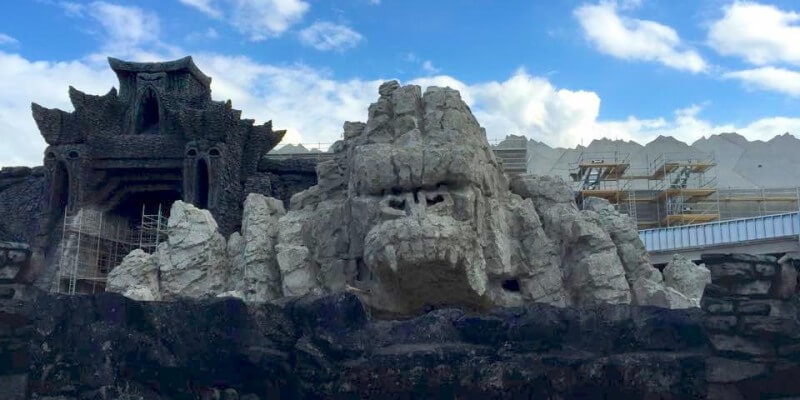 A familiar shape has appeared at Islands of Adventure as Universal Orlando steadily moves forward with construction on Skull Island: Reign of Kong.

The new “King Kong” ride is set to open next year, so there’s still a long way to go before it’s ready for guests to enter. But those passing through the theme park near the Jurassic Park area can now definitely get a sense of what’s to come, not only with some ominous sculptures, but also the big ape’s face appearing in the rock work.

Take a look at how Skull Island: Reign of Kong is coming together in the video and photos below: (All photos and video were shot from public areas in the park.)

Ultimately, it seems guests will pass beneath Kong’s giant stone head while on the ride. We previously took a look at the other big structure that sits alongside Kong’s massive head, featuring creepy faces worked into the rocks: What dangers lurk behind it? Only time will tell…

Skull Island: Reign of Kong is scheduled to open in summer 2016.