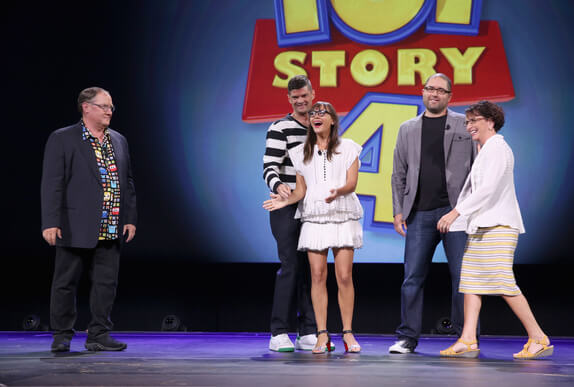 Writers Rashida Jones and Will McCormack (“Celeste & Jesse Forever”), who are part of the “Toy Story 4” team, joined the group on stage, though details of Buzz and Woody’s return to the big screen were mysteriously missing.

Oscar-winning songwriter and longtime Pixar collaborator Randy Newman played “You’ve Got a Friend in Me” joined by characters, much to the delight of the Disney fan audience. “Toy Story 4,” which will be directed by Lasseter and produced by Susman, is slated for release on June 16, 2017.