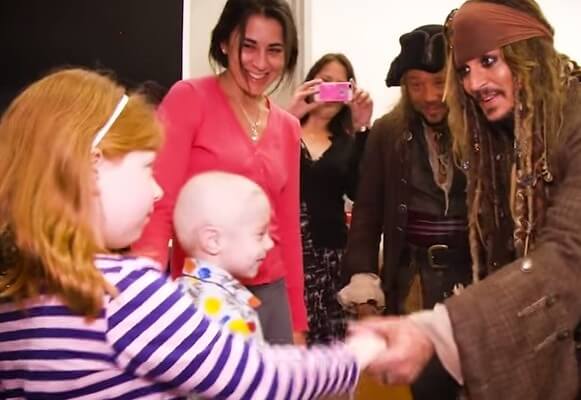 Yesterday the real Captain Jack Sparrow made a memorable visit to surprise patients at Lady Cilento Children’s Hospital in Australia.

Johnny Depp arrived via helicopter in full costume, alongside costar Stephen Graham – who plays pirate Scrum in the upcoming “Pirates of the Caribbean: Dead Men Tell No Tales.” They spent more than three hours with sick children, posing for photos and giving plenty of handshakes and hugs. The fifth “Pirates of the Caribbean” movie is slated to hit theaters in 2017, currently being filmed in Australia.

Comments Off on VIDEO: Johnny Depp visits Children’s Hospital as Jack Sparrow while filming next “Pirates of the Caribbean” movie