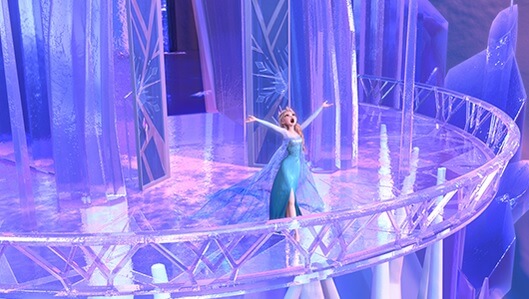 In a Special Event Only at D23 EXPO 2015, Frozen Fans Join Academy Award®-Winning Songwriting Team Kristen Anderson-Lopez and Robert Lopez for the Largest Frozen Sing-Along Ever D23 EXPO 2015 attendees are in for a fun-filled musical treat when Frozen FANdemonium: A Musical Celebration! takes over the 7,500-seat Hall D23. The event, presented by D23: The Official Disney Fan Club, will take place at 3:00 pm, Sunday, August 16, at the Anaheim Convention Center. In what will be a thrilling and fun interactive experience for Disney fans of all ages, join host Chris Montan, president, Walt Disney Music, and the Oscar®-winning songwriting team of Kristen Anderson-Lopez and Robert Lopez as they take you on a once-in-a-lifetime musical journey through the world of Frozen. This one-day-only performance features your friends from the Walt Disney Animation Studios film––including Anna and Elsa––with sing-along experiences of your Frozen favorites such as “Let It Go,” “In Summer” and more. Plus, fans can expect special surprises and fascinating stories behind some of your favorite Frozen songs.