Though toned down so the average fan could complete it, this course was still challenging, requiring upper body strength and at least some athletic ability to make it through. The record-setting pace was just 22 seconds from cannon blast to completion, but most took their time just to enjoy the experience.

It was certainly popular, with daily long lines requiring a 1-2 hour wait before entering the course – but it was worth it. Some arrived in prime condition, eager to do their best. Others came in costume, only in it for the laughs. I was the latter, half dressed as a Beagle Boy from “DuckTales” down to the completely inappropriate and restrictive work boots that left me stumbling my way across the course. But it was fun. 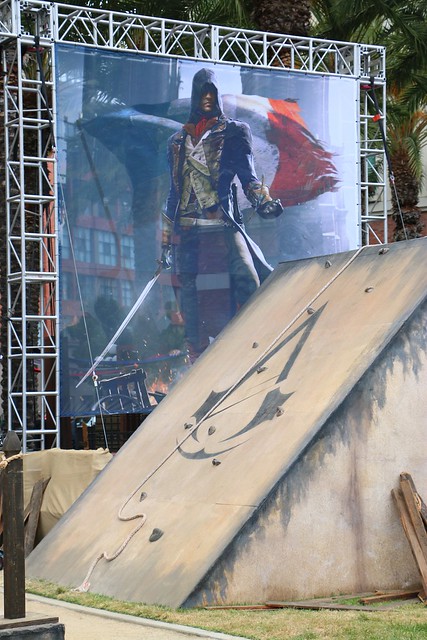 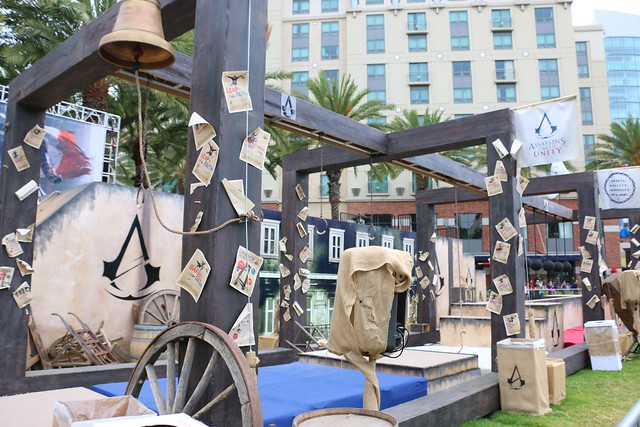 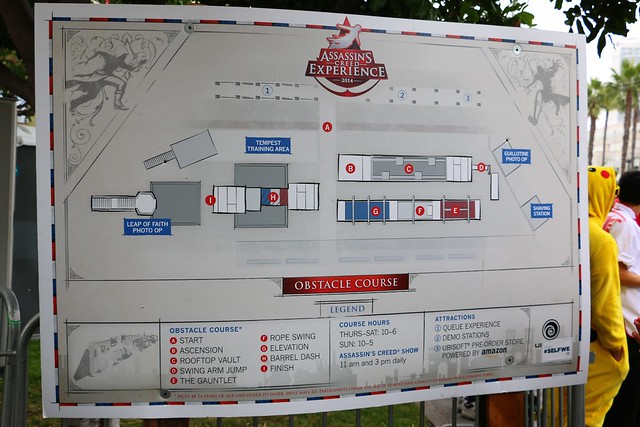 I completed the initial rope climb without a problem, but upon approaching the series of platforms I was supposed to jump between I quickly realized that the work boots weren’t going to cut it, preventing my ankle from bending as needed. So I skipped a few jumps in favor of not spraining an ankle and moved on. From there the swing was easy, as was the cannon ball bridge. My lack of sufficient upper body strength left me falling off both the rope swing and rings. Ninja warrior I am not. Finally, I made it to the button signaling my completion of the course, pausing a while to catch my breath before heading up to the Leap of Faith. 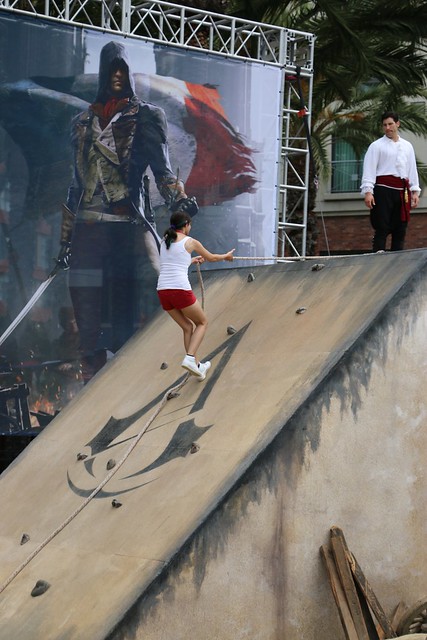 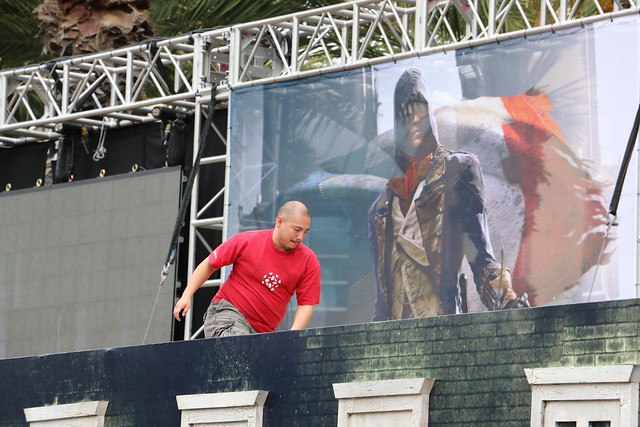 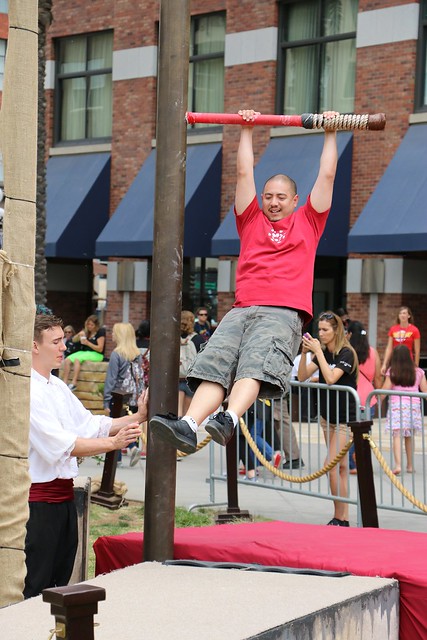 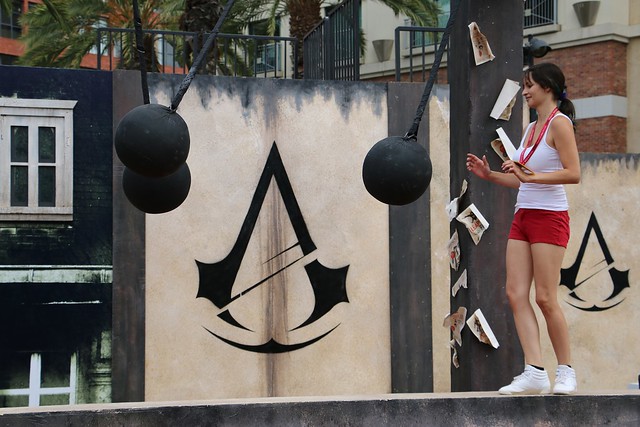 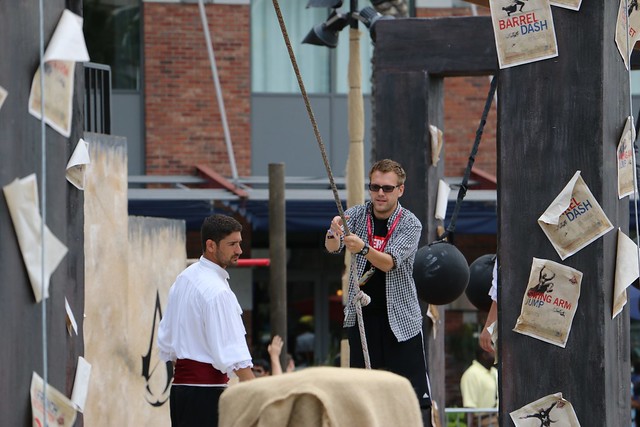 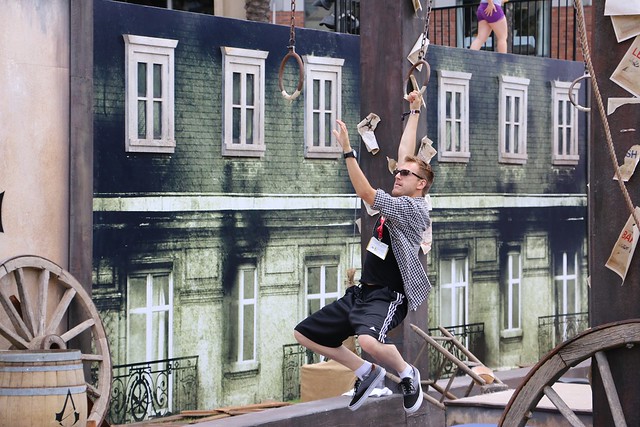 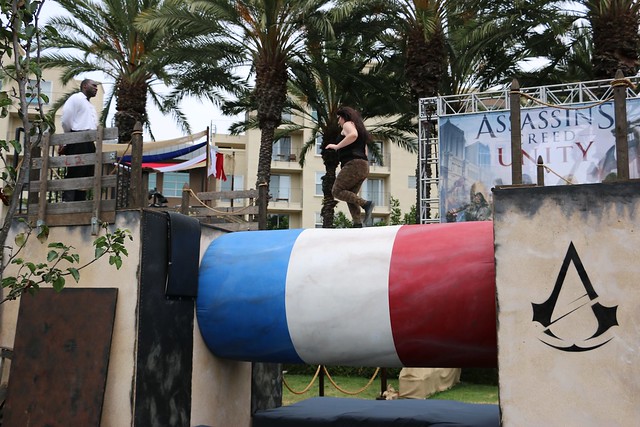 From the ground, the Leap of Faith didn’t look so bad, especially while watching people land in the giant cushy air mattress cleverly disguised as hay – just like in the Assassin’s Creed games. But once at the top of the 25-foot platform, looking down was a bad idea. Everyone was instructed to keep hands off of the railings and that any signs of hesitation would immediately be grounds for sending them back down without a jump. It was all in or no go. So once it was my turn, I just went for it. The rush of free falling for two and a half stories was much more than I expected. It definitely sent my pulse racing. 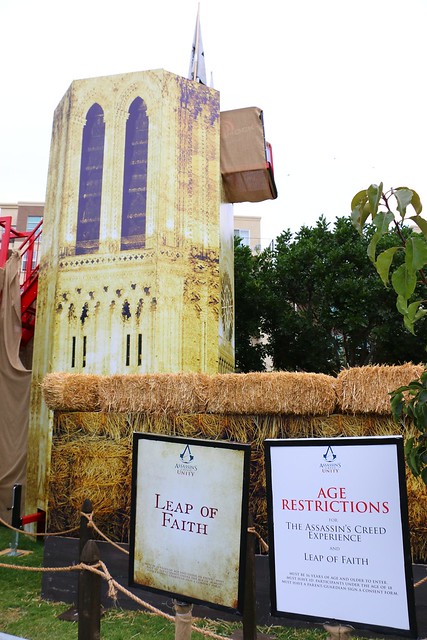 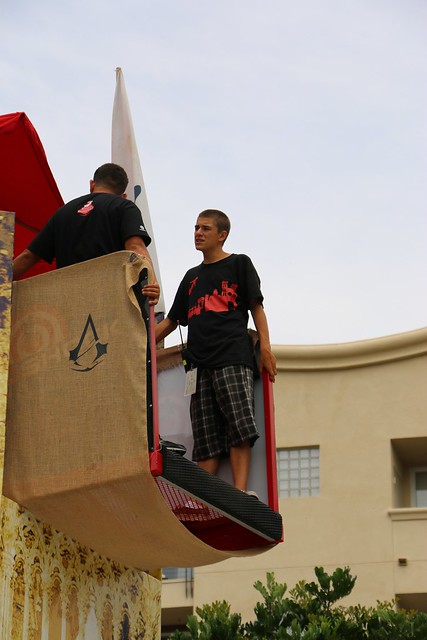 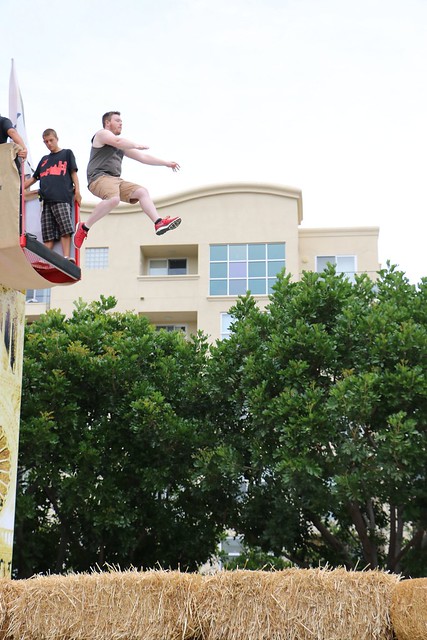 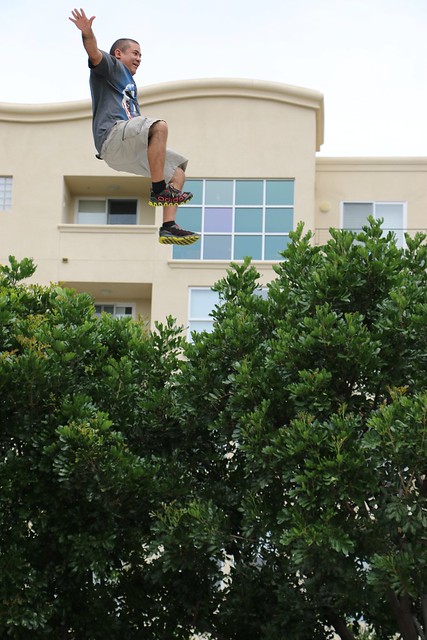 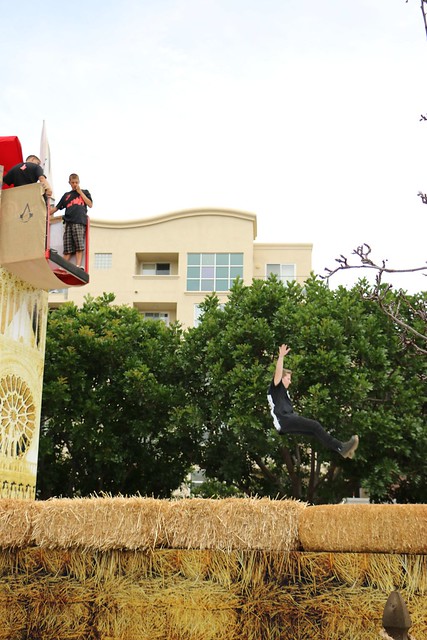 I now have a greater appreciation for the athletes who attempt the many similar obstacle courses seen on various reality TV shows. As easy as they make it look, it’s clear I would have absolutely no hope of even finishing the first obstacle in one of those.

Accompanying the obstacle course were demos for the next game in the franchise, Assassin’s Creed Unity, as well as an opportunity to be shaved in front of a guillotine. 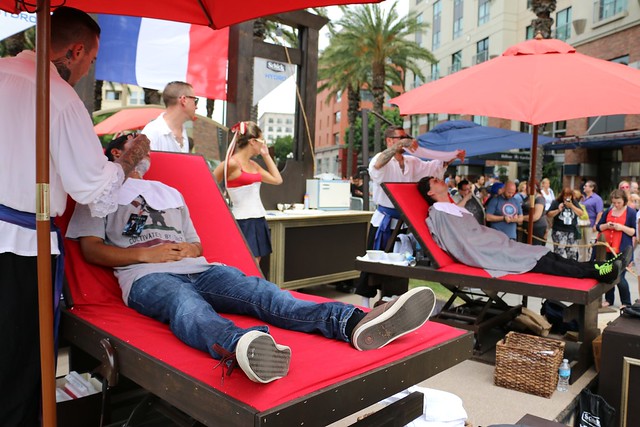 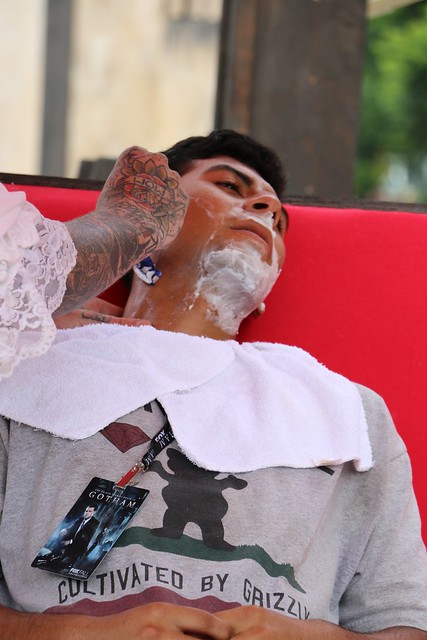 The Assassin’s Creed Experience was a unique thrill unlike anything I’d done before. And that’s what Comic-Con is all about.