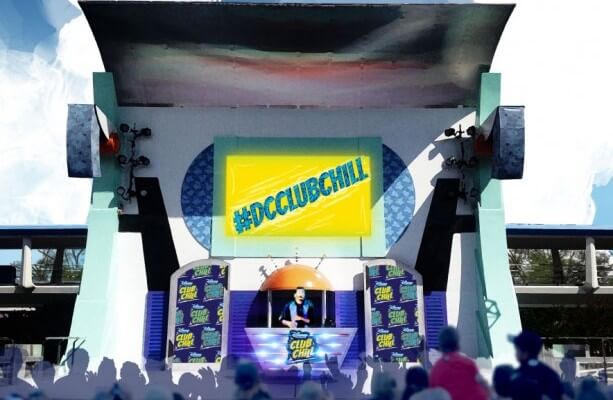 On May 22nd the Walt Disney World’s 24-hour summer event kicks off at Magic Kingdom, themed to Frozen this year. As a special treat for Disney Channel and Disney XD fans, stars from popular shows on both networks will be dropping in at Magic Kingdom throughout the day to give fans the unique opportunity to see them. Stars Dove Cameron (Mal, daughter of Maleficent) and Sofia Carson (Evie, daughter of the Evil Queen)  from the upcoming Disney Channel movie Descendants will also appear. *Tomorrowland  will be host to Disney Channel’s Club Chill from 4 p.m. to 11 p.m. Here you will be able to dance to the latest tunes, watch movie previews and watch surprise appearances from Disney Channel and Disney XD stars. *For the 3 p.m. Festival of Fantasy Parade a large list of Disney Channel and Disney XD stars will be Grand Marshals in the parade. Scheduled to appear are:

For more information please check out the Disney Parks Blog