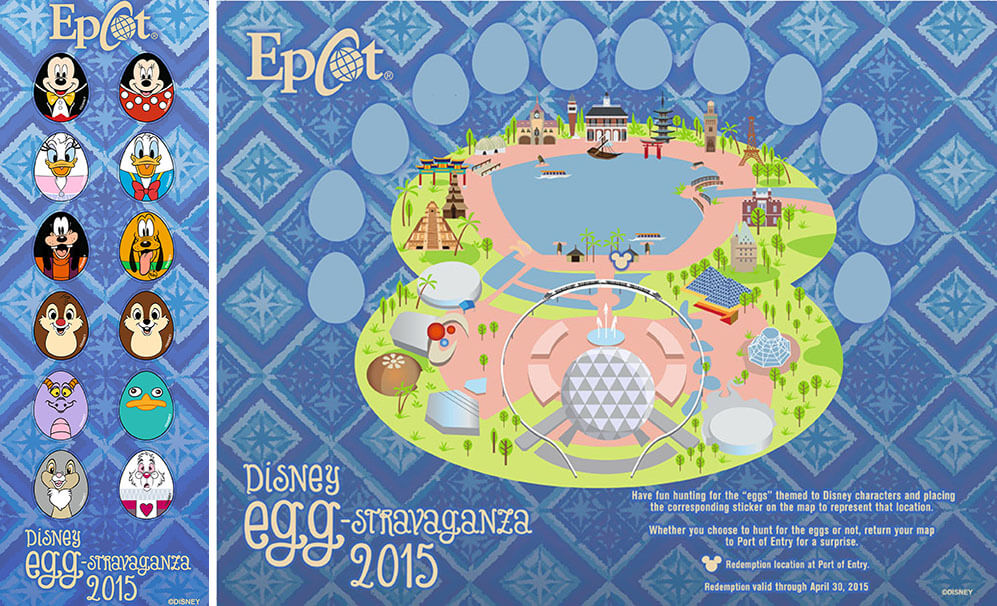 We are getting closer to Easter time and with that Disney is bringing back the fan-favorite “Egg-stravaganza Easter Egg Hunt” at Disneyland park, Disney California Adventure and Epcot at Walt Disney World.

Between March 27th and April 5th you can search for hidden Easter eggs themed to Disney characters throughout the parks. Record your findings on the Egg-stravaganza map with the corresponding stickers and then return it to your redemption location – Elias & Co. at Disney California Adventure park; Disney Showcase in Disneyland park or Port of Entry in Epcot – to pick up your special Egg-stravaganza price!

You can purchase the Egg-stravaganza maps and stickers for $4.95, plus tax, at these park locations.