There are tributes hidden all over Walt Disney World attractions, if you just know where to look. In Fantasyland, the Winnie the Pooh dark ride has its own history of moving around as well as paying tribute to many beloved Disney pieces of the past.

Take the large artificial tree at the entrance to Winnie the Pooh. Do you know what little secret lies inside? 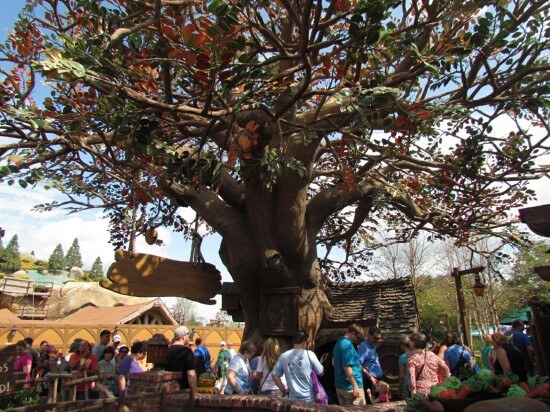 The secret is this little design, hidden in plain sight above one of the doorways (as seen from inside the tree): 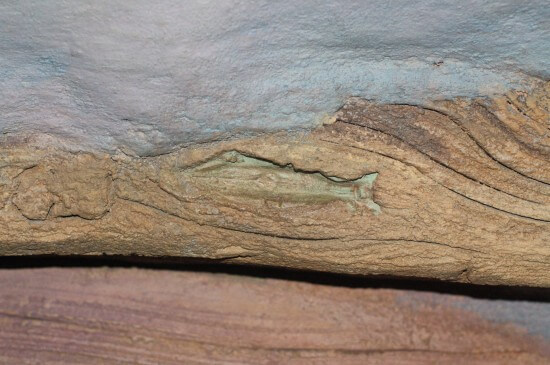 You may recognize it as the shape of the submarine Nautilus, from 20,000 Leagues Under the Sea. Why is this here? Because Fantasyland used to be home to a submarine ride of that same name, and this tree provides a tribute to that former ride. But that’s not the end of the story. Where it stands now, the tree is NEAR where the submarine ride was. But when this tree was first built, it was in the exact spot of the 20,000 Leagues lagoon. The tree was constructed for Pooh’s Playful Spot, a rubberized playground for toddlers, across the way from the Pooh ride. In that location, the submarine tribute made perfect sense. This playground is now home to the Seven Dwarfs Mine Train (part of it, anyway), and the tree was moved to join the Pooh ride’s facade. Inside the ride, you’ll find other tributes. The most famous of them is a painting on the floor of Owl’s house, where Mr. Toad is handing a piece of paper to Owl. On the paper is the word DEED, the implication being that Mr. Toad, whose dark ride Mr. Toad’s Wild Ride was in this building before Pooh, is now handing over the deed to the building to the gang from the Hundred Acre Woods. 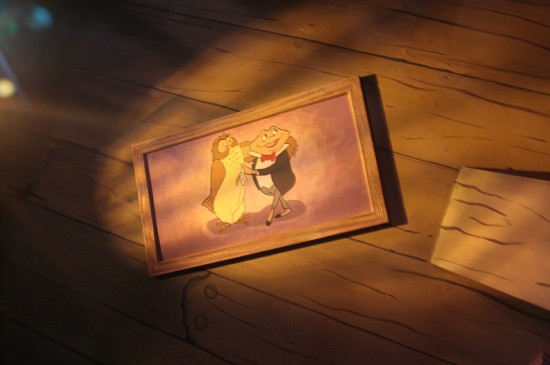 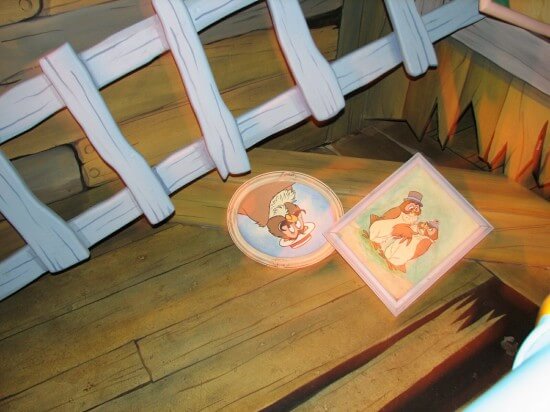