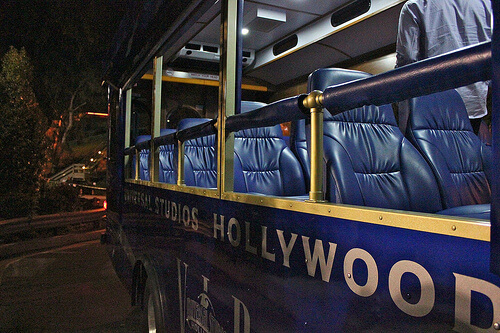 This year Universal Studios Hollywood is celebrating its 50th anniversary with several new attractions around the Southern California theme park.

In addition to “Fast & Furious—Supercharged” and “Springfield,” the park has announced a new “Nighttime Studio Tour.” The Nighttime Studio Tour will traverse more than 20 locations along the Studio Tour route, featuring onset lighting and special effects along with some characters including Marilyn Monroe, Norman Bates and Frankenstein.

The “Nighttime Studio Tour” will run every weekend throughout the summer from July 4th through Labor Day. By 2016, new contemporary backlot tour trams with cushioned seats will be in use with a new logo design.

In all, three quarters of the park is being transformed under the new vision, including the addition of the The Wizarding World of Harry Potter opening in 2016.