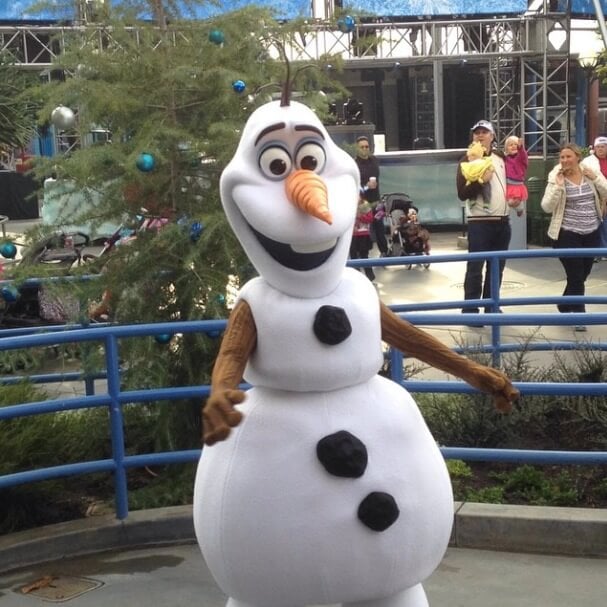 Located in the Hollywood Land section of the park, the line to meet Olaf stretched over an hour early in the morning as the first fans were excited to see him. Though Olaf has already appeared at Walt Disney World, the Florida parks don’t offer a meet-and-greet with him, so Disneyland guests had the first chance to get a picture with the “Frozen” snowman. Anna and Elsa are also now meeting guests at Disney California Adventure in the Animation building, rather than at Disneyland. FastPass return tickets are available for the “Frozen” sisters. Thanks to Shawn Marshall at Parks and Cons for the video and photos!